A Brief History of the Oscars Brad Pitt Should Already Have


The most prominent leading man of his generation. A phenomenal character actor trapped in the body of a Hollywood celebrity. A performer both synonymous with stardom and one who has never gotten his proper due. However you think of Brad Pitt, it’s undeniable that he is an actor who has earned his incredible career. He’s spent the last 30-plus years dazzling us on the big screen and has reaped the rewards of his work as an actor and producer. But he hasn’t reaped every award.

While Pitt was awarded an Oscar for producing 12 Years A Slave, the 2014 Best Picture winner, he’s gone home empty the three prior times he’s been nominated, each of them for an acting award. His latest nomination for Best Supporting Actor, for Once Upon A Time…in Hollywood could change that. It should go without saying that there are talented actors who are passed over by awards shows every year and that Pitt has been fortunate to see his drive and talent pay off in many ways. This means that he isn’t exactly an actor whose career is in a “make or break” status depending on gold statues. But this doesn’t take away from the fact that a win this year would be a long time coming.

Once Upon A Time…in Hollywood is, in a perhaps paradoxically understated way, the role of a lifetime for Pitt. In his portrayal of one of the most complex characters of the year, Pitt is effortlessly cool while being endearing and questionable at the same time. His performance as Cliff Booth brings the character to life in overt, classically Tarantino-esque ways, and in minor, nuanced ones. It’s an incredible feat that is poised to win the actor a long-deserved Academy Award. Before then, it doesn’t hurt to brush up on all the reasons Pitt is overdue for this recognition. So without further ado, here are the eight most egregious Brad Pitt acting snubs…

Bruce Willis might be the star of the show, but Pitt’s eccentric, off the wall performance as a fanatical mental patient is the clear standout role in Terry Gilliam’s 12 Monkeys. Coming off the heels of Pitt’s work in the epic historical drama Legends of the Fall (which could easily be added to this list), his portrayal of Jeffrey Goines was unexpected and virtuosic. Every twitch and stutter, every vulgar gesture, and every ostentatious detail is perfectly measured to strike the balance between over-the-top and consistent with the character. There are moments when Pitt is practically unrecognizable as he disappears into the role. He was at least nominated, but considering the Academy’s habit of not giving genre films their due, it’s not exactly a shock that he lost.

The same year as 12 Monkeys, Pitt delivered one of the finest performances of his career as Detective David Mills in Se7en and didn’t even get a nomination. For shame. He commands every second of David Fincher’s sophomore film, selling the character’s naive brashness in the most human way possible. His brilliantly realized performance crescendos with an unforgettable finale. Pitt’s heartbreak sells the terrifying tragedy and baked-in nihilism of the film — it’s a gut-punch of an on-screen breakdown if ever there was one. He also gave us a memorable line reading for the ages when he made a meal out of a simple question: What’s in the box?

Pitt’s chances here for a nomination were probably dead on arrival, but that doesn’t mean that his performance isn’t Oscar-worthy. His portrayal of Tyler Durden is at once in conversation with and in stark contrast to his star persona. He knows how to manipulate his pretty-boy image into something unsettling, how to warp his perception as the pinnacle of masculinity in order to expose the toxicity of such a character. Being absolutely shredded ensures that our eyes are glued to Pitt, but even fully clothed he’s enigmatically alluring. As was the case with 12 Monkeys, Pitt displays his ability to sell an unhinged character, but here, there’s a stronger sense of aimless anarchy that makes for an even more threatening performance. Tyler Durden is one hell of a character to sell and Pitt does so masterfully. It’s a testament to his work in the film that Tyler can read differently on every rewatch, making Fight Club well worth returning to. I wouldn’t expect a film with this much blood, sweat, and plenty more unmentionable body fluids to end up taking home this Oscar, but it’s indisputable that Pitt’s performance here is worth every bit of the legendary status it’s garnered over the past two decades.

Best Actor: The Assassination of Jesse James by the Coward Robert Ford

2007 was an incredible year for performances and, admittedly, putting Pitt in a category with Daniel Day-Lewis’s work in There Will Be Blood makes this a difficult call, but there’s no doubt that Pitt should have at the very least been nominated for The Assassination of Jesse James by the Coward Robert Ford. This snub is disrespectful to one of the most ingenious performances of his career. Like many of Pitt’s best roles, his portrayal of the eponymous outlaw is deftly crafted around his star persona and his larger-than-life status. While Jesse James’ lore looms large, Pitt’s performance is decidedly lowkey. He finds the nuances and moments of humanity in the iconic figure and he is brilliantly resolute when doing so. He’s commanding and assertive without being cold. Minor details make their way to the forefront both in the narrative and its central character. His understated and subtly stunning performance was easily overlooked, but that doesn’t make it any less of a wonder to behold.

This marked only the second time Pitt was nominated for an acting category, but once again Academy voters failed to recognize the brilliance laid out before them. In Fincher’s epic testament to the meaning found in a life lived under peculiar circumstances, Pitt’s work is unmatched and remarkably in tune with a character that should have been an incredible challenge to the actor. In The Curious Case of Benjamin Button, Pitt plays the eponymous, reverse-aging protagonist with deftness and insight. He imbues the wonder of youth into the older Benjamin while carefully commanding his movements so as to be in line with the struggles of living in a body older than he is. As Benjamin ages (er, de-ages?), Pitt balances vitality and wisdom, somehow managing to sell the fact that his character is getting younger and older at the same time. Playing one character through the years can be daunting on its own, but Pitt took on unprecedented challenges as an actor with this film and rose to the occasion. He might not have won the Oscar, but he excelled at taking Fincher’s film to new heights.

For the second — but not last — time in his career, Pitt delivered two Oscar-worthy performances in one year. His pivot from the impeccable subtleties of Benjamin Button to the indulgent idiocy of Burn After Reading is spectacular. As Chad, an inept doofus who’d be out of his depth in a wading pool, Pitt is hilarious and delivers a home run at every chance in the Coen brothers’ black comedy. His time on screen is relatively brief, but he excels at every opportunity to be endearingly and confoundingly dumb. This is not the type of performance that tends to attract awards consideration, but nomination or no nomination, nothing can take away from Pitt’s priceless line readings. If “You think that’s a Schwinn” doesn’t make you cry laughing, then we just don’t see eye to eye.

Pitt’s third Oscar nomination for acting came with his portrayal of Oakland A’s general manager Billy Beane in Bennett Miller’s Moneyball (which also netted him his first Best Picture nomination as a producer). As is to be expected, Pitt is keenly aware of how to inject moments of humor into his performance through subtle gestures like the spitting out of a pen cap. But what elevates his work to the level of greatness is how beautifully lived-in and realistic his performance is. Pitt creates the impression that Billy’s mind is always working overtime, that he’s always quietly striving to see the full picture, that he’s grappling with his limits. This performance, along with Pitt’s brilliant work the same year in The Tree of Life, is a true sign of his maturity as an actor. His younger years loaned themselves to his ability to play manic characters, but in more recent years Pitt has displayed an understanding of how to imbue wisdom and perspective into his performances of characters who have lived long enough to experience hindsight, but he does so without relying on easy sentimentality. As with Jesse James and Benjamin Button, Pitt conveys an assuredness in his character that is incredibly alluring. All eyes are on him, and while Pitt missed out on Oscar votes, he delivered an impeccably refined performance.

This year, awards season attention is very rightfully on Pitt’s work in Once Upon A Time…in Hollywood, but that shouldn’t overshadow his gobsmackingly genius performance in Ad Astra. Pitt is perfectly in tune with the subtleties of James Gray’s film and delivers an awe-inspiring performance as an astronaut questioning the aspirations and sources of strife inherited from his absent father. This is a performance that reckons with a personal interrogation of masculinity. It requires a keen understanding of the nuanced but performative gestures of someone intent on keeping their inner self hidden from everyone around them. It was highly unlikely that Pitt would have gotten a nomination for this film, but Ad Astra played an invaluable role in Pitt’s astounding past year, and it deserves to be remembered as one of his greatest performances.

The Academy has the opportunity to (finally) reward Pitt’s efforts when the Oscars air on February 9th.

Exclusive TMZ/Getty Composite Kylie Jenner and Travis Scott are planning an epic birthday bash for their little Stormi ... and if her first bday is any indication, this party's gonna be outta this world!!! Sources close to Kylie and Travis...

Are Brad Pitt and Jennifer Aniston getting married again? That’s the subject of a new Life & Style article published on February 3, 2020, that says the two are ready to walk down the aisle. Now that both Brad Pitt...

Congratulations are in order for Kimora Lee Simmons and her husband Tim Leissner! The couple, who married in 2014, adopted a 10-year-old son named Gary, making the fashion designer's brood a party of seven. Kimora and Tim welcomed their son...

The time has come! You guys voted for the nominees and now it's time to vote for the winners! The 19th Annual JoBlo Movie Awards (aka The Golden Schmoes) is in YOUR control, so hit the booth and cast your... 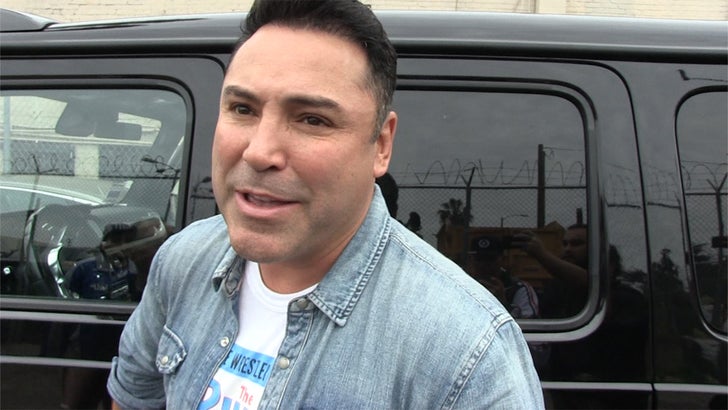