Talk about an unsatisfying ending to one of the franchise’s best and most suspenseful cliffhangers. It’s not so much that I needed or even remotely expected Hannah to join the season, but last night it felt as though the jig was up before it even began. There wasn’t any pretending Hannah might have stayed, nor that she might have even considered it, to the point where I felt like the dummy for buying what they’d sold me with such gusto last week. The scene picked up where it left off, only there were no words left—just a lot of fraught, hauntingly non-platonic “goodbye” embraces that I think were supposed to feel like closure but left us with more questions than answers.

Is that it, then? We’re sweeping that scene under the rug?

Peter said in an ITM, “I don’t know if I need to feel that love with someone else to fully move on, I don’t know if I have to fully move on to feel that love with someone else.” I happen to believe in distraction, in the fact that meeting an incontestably better match can instantly wipe clean the “what-if” slate of a former flame. But that tends to work if and when you actually gave the first relationship a go, when you dated enough to know each other’s flaws, to know what didn’t work between you. Not only did Peter and Hannah never really date (Windmill Sex doesn’t count!), Hannah will always be the one in power, the one who got away. Peter never had her long enough to become annoyed by her, to lose his starry-eyed reverence for her, for her to lose her Bachelorette sheen. Not to curse this season or anything, and I’m sure Peter is very happily engaged today, but I’ll put it this way: I personally wouldn’t want to wind up engaged to a man who looked at an ex—an ex he never truly had the opportunity to date—the way Peter looked at Hannah.

Lately, I’ve cut back on pointing out the many inequalities between the lead and his contestants. This is mostly because there’s little point; with so many women and only one man, and millions of viewers making up what’s essentially a national popularity contest, of course there’s going to be a power dynamic imbalance (one that won’t ultimately serve either the Bachelor or his chosen woman at the end, but I digress). However, the scenes following Hannah Brown’s departure really ground my gears. After that Group Date’s ladies had pointlessly toiled away on their “sex stories” for God knows how long, Peter resurfaced to apologize and tell them how emotional seeing his ex was, and that he needed a Time Out. The women, of course, had no choice but to nod understandingly, smile through gritted teeth, and take whatever time with Peter they could get that evening. This highlighted one of the biggest hypocrisies of this franchise to date. When our Bachelor is completely and unquestionably over the woman who broke his heart, that serves as fuel in accentuating how eligible he is. However, as this season has been the first to illustrate, when he is clearly (and borderline disturbingly) not over her, it’s skimmed over like it’s nothing. Meanwhile, if it were to ever surface that a woman there had an on-and-off again boyfriend, or still harboured feelings for her ex the way Peter obviously does for Hannah, she’d be skewered by the show for being all Wrong Reasons-y.

Read this next: “Now THAT Is What I Call a Bachelor Premiere!”: Sharleen Joynt on The Bachelor Episode 1

I couldn’t help but root for Alexa, who was right to ridicule Peter: “What were you thinking??” (I know none of it was his idea but this still entertained me!) The wonderfully no-holds-barred Natasha wasted no time in pointing out how Hannah Brown’s constant presence probably wasn’t conducive to Peter’s moving on. But worst of all is how pointless it likely felt for the women. The number of hours spent being made to discuss Hannah, Peter’s relationship with Hannah, what Hannah and Peter were probably doing or talking about… I’ve said before that one of my biggest peeves during the filming process wasn’t actually feeling overlooked or un-special, but rather feeling like my time was being blatantly (and even intentionally) wasted. Of course, as I said last week, Hannah is terrific television and I’m not complaining when I get to see more of her, but it’s at times like this where production becomes an elephant in the room, a necessary evil that is the root of every problem but that you just have to accept and routinely shrug off for its absurdity. You don’t get a TV love story, Insta-fame or the once-in-a-lifetime experience without a certain degree of nonchalance.

Kelsey might have benefited from heading into filming with that mindset. That girl has got to recognize how at play the producers are, of being able to brush off and overcome the bad hand she was dealt. I know full well what an emotional pressure cooker the environment is, but it’s awfully early to be so dramatic over something so minor, and this show’s been around long enough that all contestants should know that reacting strongly only increases the size of the target on their back. Champagne-gate was so obviously a puppeteered saga, it was tough to relate to Kelsey’s insistence that Hannah Ann purposely “stole” her champagne. (I mean, what was there to gain by Hannah Ann in stealing it? Also, there was literally another bottle of champagne—the decoy bottle—set up a short ways away, WHICH KELSEY DRANK.) I recognize that it’s not really about the champagne (hell, I have a 5-year old bottle of champagne in the fridge right now and I couldn’t care less if it went missing), but rather a thinly-veiled insecurity over not feeling seen or heard, over not being given a fair chance, of having her opportunity stolen. In that sense, part of me does feel for Kelsey. It stings when the moment you’ve crafted and built high expectations for has been abruptly taken from you, especially in that competitive environment. And if there’s anything we learned last week, it’s that the cookie that is a Bachelor season does not crumble fairly. It breaks off in disproportionately large chunks for the Madisons and Hannah Anns, leaving measly crumbs for others to fight over.

Unfortunately, Kelsey was too quick to allow a strategically hidden champagne bottle to become production’s gift that kept on giving. It felt like Kelsey already had a bone to pick with Hannah Ann. She didn’t even consider giving her the benefit of the doubt. She hurled insults that had nothing to do with the stolen bubbly, calling her a “fake,” “calculated,” and a “pretty princess,” proving her distrust for Hannah Ann stemmed from long before. It’s clear the two of them simply do not get along and probably haven’t been friends. However, her insistence that Hannah Ann knew about her planned champagne moment would have required a specific example or two to support her case. Without that, Kelsey simply seems irrational and paranoid. And even IF Hannah Ann is pulling the wool over all our eyes, Kelsey would have been smart to keep her cool and rise above the pettiness of that crime—not double down enough to risk becoming labeled her own breed of villain.

Read this next: Who Got Cut and Who’s Left Standing on The Bachelor Season 24

My frontrunners based on Episode 2 are:

Madison is so ahead of the pack, it’s going to be tough for any woman to catch up with her for awhile. What strikes me the most between her and Peter isn’t even the chemistry (of which there is plenty), but the familiarity. Peter even said, “We’ve been dating for years it seems like” and “You fit in with the family very well.” If those aren’t encouraging words, I don’t know what are.

Hannah Ann continues to be one of the season’s stars. I find her chemistry with Peter to be convincing; Peter looks at Hannah Ann as though he wants to devour her. Further, his distress at Kelsey’s claim that Hannah Ann was the real liar served as proof that he has high hopes for her. I do think Hannah Ann will need to become lower key, however; if she continues to take up this much airtime this early on, unless she’s the next Courtney Robertson, it’s unlikely she’ll make it to the very end.

Peter seemed eager to make out with Mykenna, but his interest in listening to Sydney is what caught my attention. I ate up their 1-on-1 time during her Group Date. It was natural, substantial and felt like there’s serious chemistry between them. Sydney got just enough under-the-radar airtime on Night One to make me think she could be a dark horse this season.

Read this next: This Bachelor Contestant’s Eff Up Is a Lesson In Finsta Posting

Although it looks as though Victoria F could become a major player and despite Alayah not having gotten any airtime this week, I still have my sights set on Alayah. I still think she has major frontrunner written all over her; her letter from her Grandma Rose would not have gotten the airtime it had on Night One if she didn’t. I’m keeping my Final 4 bets on her for now. 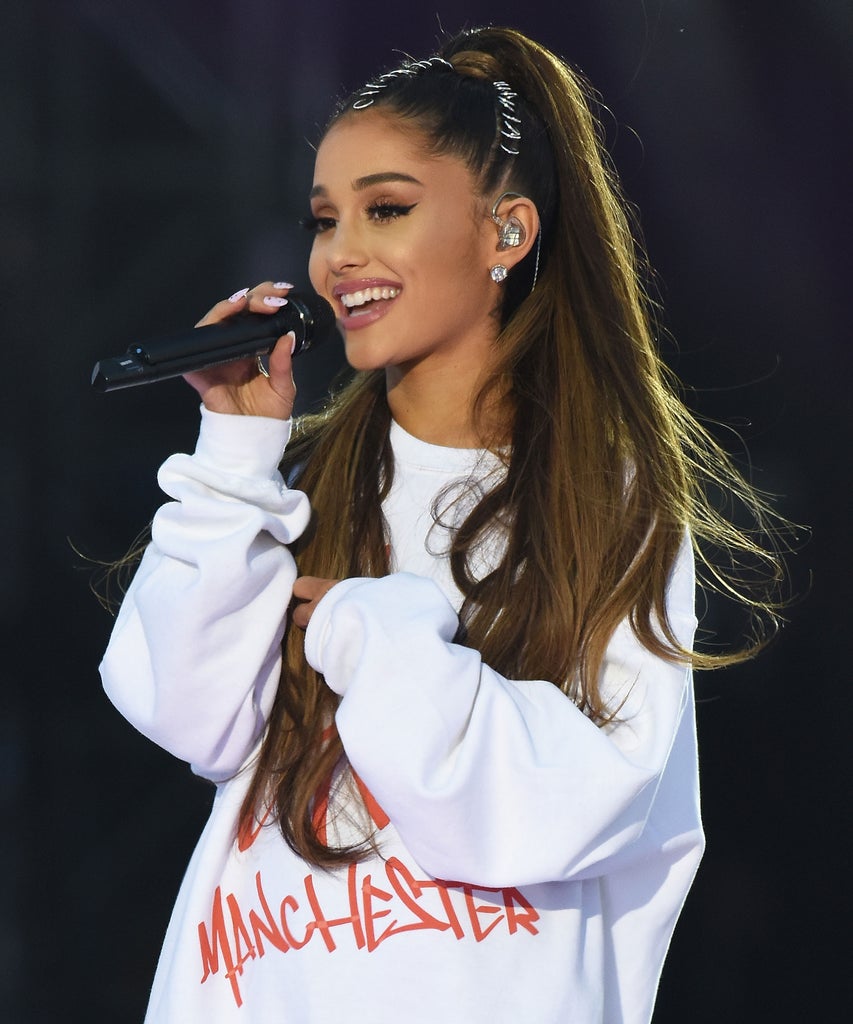 Ariana Grande showed up to the 2020 Grammys red carpet as she often does at award shows: wearing a princess ballgown and a high and tight ponytail. But jaws dropped before the Thank You, Next nominee could even reach Ryan...

We’ve seen some interesting looks this awards season, including the SAG Awards and the Golden Globes. But the celebs (and stylists) didn’t come to play on the Grammys 2020 red carpet. From bright hues and dramatic silhouettes to the “yeehaw... 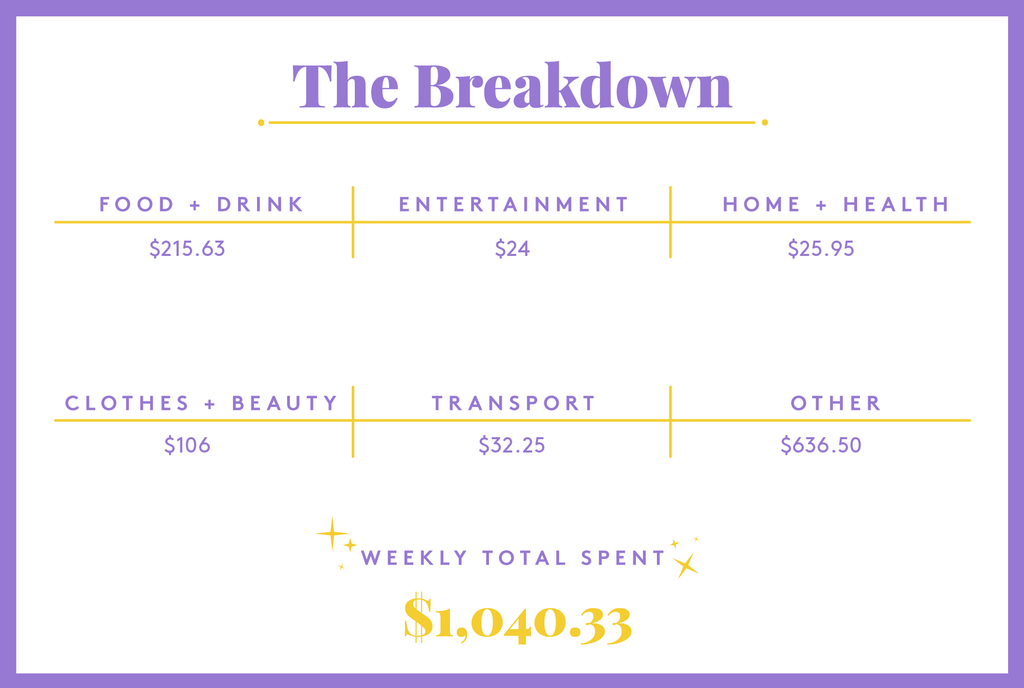 Welcome to Money Diaries, where we’re tackling what might be the last taboo facing modern working women: money. We’re asking women how they spend their hard-earned money during a seven-day period — and we’re tracking every last dollar. Today: a... 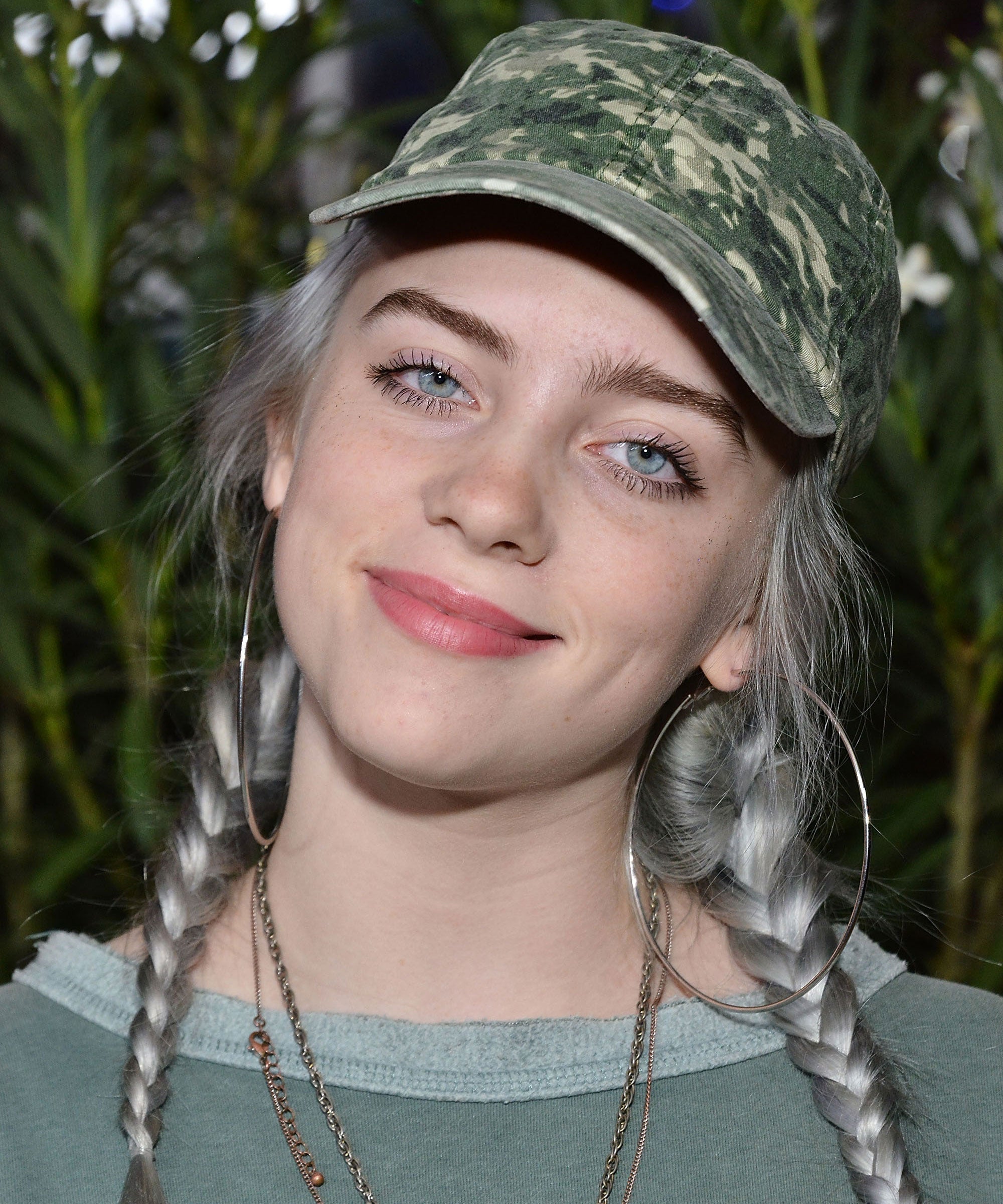 Billie Eilish is just 18, but in her short time in the music industry she's already experienced chart-topping stardom. From being named Apple Music's Global Artist of the Year to her six nominations for the 2020 Grammys, the "Bad Guy"... Confessions of a Customising Addict

“Hello, Fashion Addicts Anonymous? I’ve got a problem – I just can’t stop customising things. Wait. Oh God, is that a lamé bow…?” As crises of the soul go, it’s tame, I know. But my penchant for embellishment has got...

With a protein ‘delivery,’ parasite can suppress its host’s immune response

Urchfab Tears Down The CB550: What Will Come Of This Cool Little Project?