Welcome back one and all to the weekly box office report! As is always the case, each and every Sunday you can expect a look at what made the most money in theaters, as well as just how all of the new releases fared. This week, we only have a handful of new releases opening wide in Downhill, Fantasy Island, The Photograph, and Sonic the Hedgehog, as well as the second weekend for Birds of Prey (and the Fantabulous Emancipation of One Harley Quinn), or just Birds of Prey, if you’d prefer. How did they all do? Read on to see how the weekend turned out…

Easily taking the top spot was Sonic the Hedgehog, overcoming that horrid first wave of buzz when its initial trailer came out. Managing solid reviews after its rejiggered visuals, Sonic raced to a hearty $57 million opening. Suffice it to say, a new franchise is born. Considering its video game roots, this could be considered one of the more successful adaptations in some time. If nothing else, it’s a win for Paramount after the disastrous start to the marketing blitz.

Birds of Prey (and the Fantabulous Emancipation of One Harley Quinn) fell to number two, continuing its disappointing box office run. Falling almost 50%, it took in just a little more than $17.1 million, seriously putting into jeopardy its sequel hopes. We could still see one, but for whatever reason, this just did not break as big as was hoped…

Third place was a close contest between Fantasy Island and The Photograph, with the latter headed towards fourth by a very slim margin. Fantasy Island (sporting some terrible reviews) is currently looking at $12.4 million, while The Photograph (representing the romantic options for Valentine’s Day) is sitting right now on almost $12.3 million. Both are solid but unspectacular results, so I’m sure Sony and Universal, respectively, are somewhat satisfied with how the movies did.

Parasite jumped into the top ten, following its historic victory at the Oscars. A shade over $5.5 million represents a number of new viewers discovering the Best Picture winner for the first time, as well as some folks revisiting it after the Academy Award success!

Only managing the tenth slot was Downhill, which was dinged at the Sundance Film Festival by middling reviews. That kept it from being anything close to a hit for Searchlight, as the final haul for the weekend is looking like only about $4.6 million. Alas.

Opening in limited release, First Lady made about 60K on 68 screens, The Times of Bill Cunningham took in around 44K on just a pair of screens, and Ordinary Love grabbed almost 25K from a trio of screens…

Here now is what the (estimated) top ten looked like at the box office for this weekend:

Beyond the top ten, here’s some further results at the box office:

‘RHOC’s Emily Simpson looks amazing thanks to her trainer Paulina Stein who’s opening up about the reality star’s diet secrets and slip ups during quarantine. Real Housewives Of Orange County star Emily Simpson’s body struggles were a part of a large story... 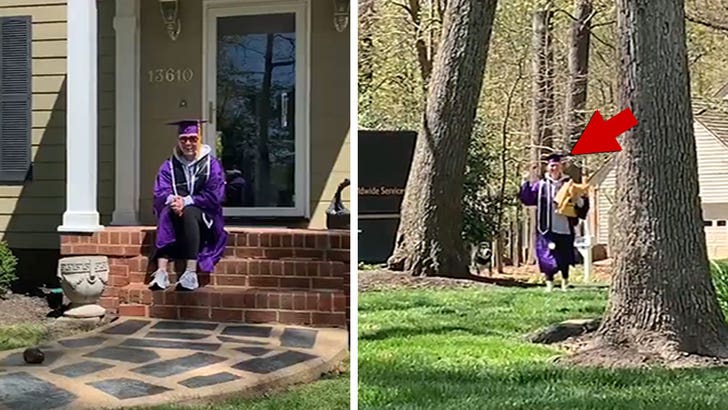 Play video content ViralHog A college student who had his diploma ceremony stripped away because of the coronavirus got creative on behalf of his grandmother -- and a UPS driver was happy to help. The at-home impromptu graduation ceremony went...

Who Is Dawn Jackson? 5 Facts About Prisoner In Kim Kardashian Doc

‘Quarantined Bachelor’ Show’s a Hit in SF, Toilet Paper Instead of Roses

'Bachelor' Nation, meet your new fix -- a couple dudes in SF started their own quarantine dating show, but they've nixed the roses and replaced it with a way more precious item. Two former Yelp employees in the Bay Area... 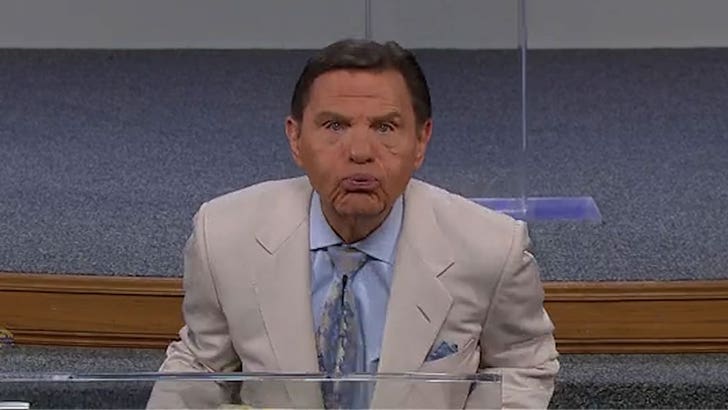 Pastor Kenneth Copeland Claims He Can Blow Coronavirus Away

Play video content Kenneth Copeland Ministries Well, this is frightening ... a Texas pastor is selling a new cure for the virus ... just blow it away. Check out this video from Televangelist Kenneth Copeland, who sermonized to his congregation...