China: an economy still in quarantine

This was the week that Chinese industry and commerce was supposed to stir back to life after an extended new year holiday triggered by the rapid spread from Wuhan of the highly contagious coronavirus.

But Lü Hua, who owns a factory making car parts in the southern city of Shenzhen, is still waiting for local government approval to reopen the plant, which exports 95 per cent of its output.

“We have prepared everything based on government guidelines — masks, hand sanitiser and so on,” he says. “But one day before reopening, we got a notice from the government that the policy changed. We need to fill a bunch of new forms and apply again. The government will then send an inspection team.”

He adds: “We’ve been calling and following up. But there is nothing we can do. They just told us to wait. It’s really hard to explain to our clients.”

Even in Beijing, with a population of 22m, the response has been fitful. The Jing-A brewery, situated in one of Beijing’s glitzier shopping districts, remained open through some of the earliest and worst days of the epidemic, only to close on February 10 when district officials told staff they could not serve parties of more than two people.

With more than 64,000 cases of the virus in China alone, the prolonged shutdown in large parts of the country is beginning to cast a shadow over the rest of the global economy.

The Chinese economy is now more than four times larger than it was at the time of the 2002-03 Sars outbreak — and it is considerably more important as a source of demand and for its central role in many industrial supply chains.

As the immediate outlook for the Chinese economy worsened this week, shipping rates fell to record lows, oil demand is now expected to grow at its slowest rate in almost a decade and Fiat Chrysler warned it is weeks away from shutting a European plant because of supply shortages. The luxury industry is terrified about the idea of a long lull in Chinese tourists travelling abroad.

The possibility of a deep slowdown in China comes at a time when growth in the eurozone is already limping and when US president Donald Trump is banking on the avoidance of an economic hiccup as he campaigns for re-election.

“Prior to the coronavirus outbreak, there had been signs that the worst was over for both world trade and the global manufacturing sector,” says Ben May, director of global macro research at Oxford Economics. “However, this tentative optimism has been dashed by the current disruption.”

In China, the evidence of a sharp deceleration is more than just anecdotal — it is starting to appear in broader indicators on economic activity.

On Wednesday national passenger traffic was down 85 per cent compared with the same day a year ago, according to data compiled by Morgan Stanley, indicating that workers were not returning to their posts at factories around the country after the Chinese new year break. As of midweek, daily coal consumption at six large power generation groups was down 43 per cent year on last year, a sign that factories were not responding to directives from President Xi Jinping to restart production lines.

“Xi has reiterated that [the government] will stick to its growth targets despite this whole situation,” says Raymond Yeung, chief economist for greater China at Australian bank ANZ. “At the moment, they need to accept that hitting those targets will be very difficult.”

He notes that the global financial crisis pulled down Chinese growth in gross domestic product to 6.4 per cent in the first quarter of 2009, cutting it in half from the same period a year earlier. ANZ predicts growth could fall to as low as 3.2 per cent this quarter, half the rate for the first three months of 2019.

Others think that even this downgrade is wildly optimistic. “I can’t believe that it’s going to grow by even 2 per cent,” says Jörg Wuttke, head of the EU Chamber of Commerce in China.

Mr Wuttke notes supply shortages of basic materials such as packaging are common for many companies. Other challenges range from 14-day quarantines for truck drivers as soon as they return home from a trip — to a myriad of new special permits required by officials across the country as they attempt to protect their fiefdoms from the virus.

“Every city has turned into a little Alamo,” he adds. “You need a lot of permits just to get things from point A to point B. It is unbelievable the challenges logistics departments are dealing with.”

Ether Yin at Trivium, a Beijing-based consultancy, says “officials are in a tough spot — they need to make sure they stop the spread of the virus in their jurisdictions. At the same time, they are under pressure to get things back to
normal.”

Earlier this week Huang Qifan, a former mayor of Chongqing and an architect of Shanghai’s financial reforms in the 1990s, warned that the economic consequences of the disease outbreak could be “scarier than the epidemic itself”.

“Value chain and supply chain disruptions [stemming from the epidemic] will have a much larger impact than China-US trade frictions,” state media quoted Mr Huang as saying, referring to the almost two-year trade war with the US. “Once supply chains are relocated and replaced, it’s extremely difficult to get them back.”

When Mr Xi finally emerged after weeks of relative invisibility to interact with those on the front lines of the coronavirus epidemic on February 10, his belated appearance was almost entirely about politics.

China’s president urged the masses to have faith that the battle against the “devil virus” would be won. He lauded the heroic doctors and nurses who combat the highly contagious respiratory illness every day. Only towards the tail-end of its 20-minute lead segment on Mr Xi’s activities that day did China Central Television’s main news programme mention in passing his instructions on the economy, saying mass lay-offs must be avoided.

But by Wednesday, as it became clear that efforts to restart the world’s second-largest economy were faltering, the party’s messaging started to become much more focused on the economy.

“We must correct overreactions [to the epidemic] and avoid an oversimplified approach involving blanket closures or suspensions of business,” state media quoted Mr Xi as saying at a meeting of the party’s most powerful body, the politburo Standing Committee.

Chen Long at Plenum, a Beijing research group, notes that China is the world’s largest importer of a wide range of products from raw commodities such as crude oil to “intermediate goods” used in the manufacture of everything from hair dryers to automobiles.

Outbound tourism, worth $278bn in 2018, is also drying up as countries impose increasingly stringent bans on visitors from China.

Beijing’s economic policy response to the epidemic has so far been modest, in keeping with the government’s longstanding campaign to rein in high debt levels and stamp out risky financial practices.

“The last resort would be easing property policies but I don’t think Beijing has made up its mind,” says Mr Chen. “It is just too risky to boost leverage.”

“The battle against the coronavirus undoubtedly will be very costly and damaging to what China has achieved so far in reining in financial risks over recent years,” he says. “But in the face of the deadly virus, all problems of debt, inflation and asset bubbles are
secondary.

“China can worry about these later when the situation has calmed down,” he adds.

It is more difficult to tell how severe an effect the virus will have on US growth. “We know that there will be very likely some effects on the United States,” Jay Powell, US Federal Reserve chairman, said during congressional testimony on February 11. “The question we’ll be asking is: Will these be persistent effects that could lead to a material reassessment of the outlook?”

According to UBS, the most likely ways in which the virus could dampen US growth are a decline in Chinese tourism and weaker demand for American exports. But neither of these is likely to have a major effect, provided the outbreak is contained relatively quickly.

China lags well behind Canada, Mexico and the UK in sending visitors to America. Chinese tourist flows to the US, at 3m people a year are roughly equal to those from Japan or South Korea. But as an export market, China is much more important to the US. Only Canada and Mexico buy more American products, and Chinese demand tends to be concentrated on higher value US goods such as aircraft, machinery, medical instruments and cars.

Even so, the US is not nearly as vulnerable to a downturn in Chinese demand as more export-driven economies such as Germany. America’s booming consumer economy and a supportive Federal Reserve protected it from a global slowdown in trade in 2019.

Ultimately, the extent of the economic damage wreaked by the coronavirus, both within China and elsewhere, will hinge on how quickly Mr Xi’s administration can nudge the workforce back to action while also tackling the rise in infections.

Rodney Jones at New Zealand -based Wigram Capital Advisors says the rate of spread of the virus is still very worrying and that aside from central Hubei province, where the epidemic began, “other provinces are unwilling to admit the severity of the problem”.

“The risks are greater than the market is assuming,” he adds. Only in March, Mr Jones predicts, will the epidemic “have either proved to have been a temporary shock that is already over, or it will have evolved into a more profound economic and human shock.” 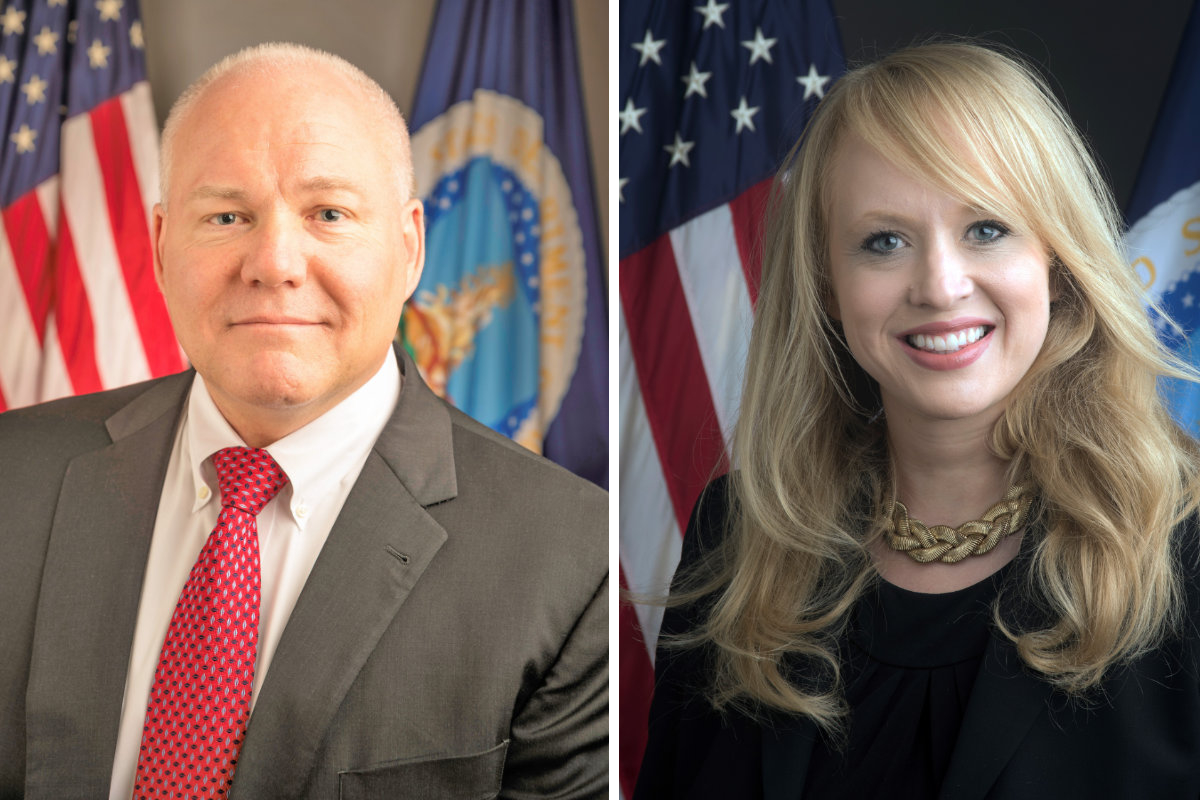 WASHINGTON — The U.S. Department of Agriculture announced Carmen Rottenberg’s plans to step down from the role of administrator of the Food Safety and Inspection Service (F.S.I.S.) and the appointment of Paul Kiecker as her replacement. Ms. Rottenberg was appointed... 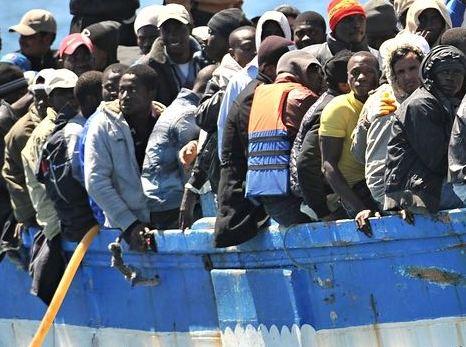 One hundred and sixteen Nigerian nationals will be repatriated from Tripoli, Libya on Wednesday with the help of International Organization on Migration and facilitated by the Nigerian Embassy in Tripoli. They are expected to arrive at the Murtala Mohammed International...