The western United States has experienced such intense droughts over the past decade that technical descriptions are becoming inadequate. In many places, conditions are rocketing past “severe,” through “extreme,” all the way to “exceptional drought.”

The 2018 Four Corners drought—centered on the junction between Arizona, Utah, Colorado and New Mexico—put the region deep in the red. An abnormally hot spring and summer indicated that climate change was clearly at work, but that was about as much as most people could say of the situation at the time.

Climate scientists from UC Santa Barbara’s geography department have now distilled just how strong an effect human-induced warming had on that event. Their findings appear in the Bulletin of the American Meteorological Society‘s annual issue dedicated to explaining extreme weather events during the previous year. The team found that 60 to 80% of the region’s increased potential for evaporation stemmed from human-induced warming alone, which caused additional warming of 2 degrees Celsius.

“I was really stunned at how big an effect we found with just a 2-degree warming,” said Chris Funk, director of the university’s Climate Hazards Center, a U.S. Geological Survey scientist and one of the study’s coauthors.

“The results were much more pronounced than we had expected,” added lead author Emily Williams, a doctoral student in the Department of Geography. Her work focuses on end-to-end attribution, which determines exactly how much a specific natural event was exacerbated by climate change, and then links those changes to both the sources of greenhouse gasses and the impacts of warming on people and ecosystems. It’s a challenging task that requires sophisticated climate models, comprehensive databases and the development of exciting new science.

Williams wanted to determine to what extent the Four Corners drought was exacerbated by climate change. To make the task more manageable, she limited the scope of her investigation to rising temperatures. Williams ran two simulations on leading climate models; the first calculated temperatures under the climate regime predating the industrial revolution, while the second did so under current, human-induced climate change. Subtracting the averages from the two simulations gave her a temperature difference she could attribute to human-induced warming.

“We found that pretty much all of what made this the hottest year on record in that region was due to climate change,” she said.

With that knowledge, Williams then set out to determine how higher temperatures affected aridity. For this, she looked at the local hydrology—mainly snowpack and surface runoff—and agropastoral conditions—circumstances related to growing crops and raising livestock. She used the vegetation’s greenness to judge the agropastoral conditions of the region.

The difference between the amount of water the air can absorb and the amount the land can provide is what scientists call the vapor pressure deficit. When the land can supply more than the air can hold—as when the air temperature drops to a predawn low—you get condensation, like the early morning dew. On the other hand, when the air is thirstier than the amount of water the ground can provide, it pulls moisture from the earth drying it out. Warmer air over dry soils will be thirstier, leading to more rapid browning of fields and fodder.

The scientists used a statistical model to relate green vegetation to the vapor pressure deficit. Intuitively, warmer temperatures cause dryer conditions, which turn the vegetation brown. And that it did. The results indicated that the landscape would have been about 20% greener that year in the absence of climate change. This browner vegetation translated into poor harvests and low-quality fodder; impacts associated with more than $3 billion in economic losses, and disruptions in the lives and livelihoods of hundreds of thousands of Native Americans who were settled in reservations in the area.

The team also looked at how much the region’s snowpack was influenced by the higher temperatures. A robust snowpack ensures water availability late into the summer as it slowly melts away. Higher temperatures affect snowpack in two ways: They cause more precipitation to fall as rain rather than snow, and they make snow melt faster and earlier in the year, explained Shraddhanand Shukla, an associate researcher in the geography department and another of the paper’s coauthors.

The scientists simulated snow conditions in the region with and without climate change while keeping the total precipitation constant. They found that the March snowpack would have been 20% greater in the absence of climate change, even though this was the lowest precipitation year on record for the area. They expect the effect would have been even more pronounced in a wetter year.

These findings are a conservative estimate of climate change’s influence on the drought, according to Williams. For one, the study only considered the impact human-induced warming had on temperatures. Climate change may also have influenced the region’s low rainfall.

What’s more, there are strong feedback cycles between the atmosphere and the land, which the study left out. When the air soaks up all the available moisture in the soil, evaporative can no longer cool the ground. The result is a dramatic spike ground temperature, which exacerbates the situation.

However, by keeping the methodology simple, the team made the task more manageable, the insights more understandable and the technique more transferable. They plan to apply the approach on more typical years in the Four Corners region, as well as to regions in Eastern Africa experiencing similar distress.

“And this actually increases the intensity of both droughts and floods,” he added.

When a region like the Four Corners experiences a drought, a warmer, thirstier atmosphere can wick away limited soil moisture more quickly. On the other hand, when a humid region, like Houston, experiences an extreme rainfall event, the warm, wet winds feeding it can hold more water, potentially causing catastrophic floods.

“The moment that everybody in the world understands this is the moment that we will probably start doing something about climate change,” Funk said. 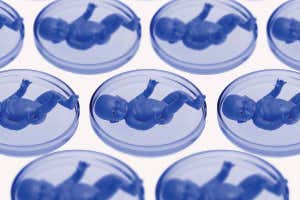 Should animals with human genes or organs be given human rights?

Gene-edited pigs and brain implants are blurring the lines of what it means to be human, so our morals and laws may need to change to include beings that are “substantially human” 18 February 2020 Victor de Schwanberg/Science Photo LibraryLAST... 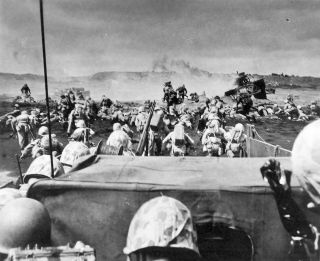 The Battle of Iwo Jima

The Battle of Iwo Jima took place in 1945 during the final months of World War II. To this day, it is considered one of the most iconic clashes of the so-called Pacific campaign, or Pacific War — when American... Hubble Spots a Majestic Spiral or a Smudged Fingerprint

By ESA/Hubble February 18, 2020 Credit: ESA/Hubble & NASA The NASA/ESA Hubble Space Telescope is no stranger to spiral galaxies. The telescope has brought us some of the most beautiful images ever taken of our spiral neighbors — and this... 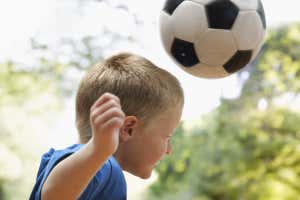 Why our understanding of concussion has been completely wrong

Concussion is often portrayed as "seeing stars", which people quickly recover from. But we are now beginning to understand that the condition is far more serious, says Elizabeth Sandel 12 February 2020 Jose Luis Pelaez Inc/Getty ImagesSo, what do you...