A cluster of new coronavirus cases in Japan, including the country’s first fatality, have raised fears about the domestic spread of the disease because they have no obvious link to its origin in China.

Japan announced four new cases on Thursday night: a woman in her 80s who fell ill on January 22nd but was not diagnosed with the virus until after her death on February 13th; a Tokyo taxi driver in his 70s who fell ill on January 29th but was not diagnosed until February 13th; and two men in Wakayama and Chiba prefectures with similarly long gaps between the start of a fever and confirmation of coronavirus infection.

In all four cases, the patient had no history of travel to China, and the source of the infection is unclear. That has prompted some experts to call for a shift in focus towards preventing the spread of coronavirus within Japan rather than trying to stop it at the border.

Stocks in Tokyo fell on Friday as equities in the rest of the region rose, after Japan confirmed its first death from the coronavirus.

The benchmark Topix index fell 0.7 per cent with falls across almost all sectors. On Thursday evening, Japan’s health ministry said a woman in her 80s living in Kanagawa prefecture, near Tokyo, had died after contracting the virus.

Other markets in the region were up on Friday, however, with Hong Kong’s Hang Seng rising 0.4 per cent and Sydney’s S&P/ASX 200 climbing 0.3 per cent.
The broader gains for Asia-Pacific equities came after US stocks snapped three days of gains on Thursday after China reported a jump in cases of coronavirus.

A scientist at the forefront of an international effort to track the coronavirus epidemic through genetic analysis has shot down misleading claims circulating widely on social media about the origins of the virus, which have prompted the World Health Organization to warn of an “infodemic” of false news about Covid-19 disease.

Trevor Bedford of the Fred Hutchinson Cancer Research Centre in Seattle categorically denied persistent stories that epidemic was started by genetically engineered virus escaping from a lab at the Wuhan Institute of Virology or elsewhere.

“There’s no evidence whatsoever of genetic engineering that we can find,” he told the American Association for the Advancement of Science meeting in Seattle. “The evidence we have is that the mutations [in the virus] are completely consistent with natural evolution.”

One source of rumours was a paper posted by scientists in India claiming that short insertions in the viral genome had an “uncanny similarity” to HIV. Although the paper was quickly withdrawn, its allegations live on in social media.

The research was “wrong on many levels,” said Dr Bedford, whose lab studies the evolution of viruses. The genes that coronavirus shares with HIV are extremely short sequences naturally shared by other organisms and “repeated again and again throughout the tree of life.”

He also disputed claims that Covid-19 might have infected humans from snakes or fish. Like many other coronaviruses, its natural reservoir is in bats. The most likely scenario, based on genetic analysis, is that the virus was transmitted by a bat to another mammal between 20 and 70 years ago. This intermediary animal – not yet identified – then passed it on to its first human host in Wuhan in late November or early December 2019.

Dr Bedford is a leader of the worldwide Nextstrain collaboration that began to analyse Covid-19 genomes as soon as the first five were released on January 10 and 11 by Fudan University and the Chinese Centre for Disease Control. By now scientists around the world have published the genetic sequence of virus taken from about 100 Covid patients.

Alibaba, whose platforms sell two-thirds of everything bought online in China, has long been an indicator of the health of the country’s economy. On Thursday, the diagnosis was bleak.

The spread of the Covid-19 coronavirus has brought China to a standstill and will hurt Alibaba’s businesses “across the board”, warned Daniel Zhang, the chief executive, even as he unveiled a 56 per cent year-on-year rise in net income to Rmb52bn ($7.5bn) for the final quarter of last year.

The company now expects its Tmall and Taobao retail business, food delivery and other consumer units, together responsible for about 57 per cent of revenues in the fourth quarter, to shrink in the first three months of 2020. The unit has grown at more than 30 per cent annually for years.

For some big brands on Alibaba’s platforms, such as Uniqlo, Estée Lauder and Big Eve, average daily sales since the outbreak started have plunged between 40 and 80 per cent compared with January to February 2019, according to data Alibaba provides to merchants.

“The impact is more significant than everyone expected. If Alibaba is like this then so are many others. We need to revise our assumptions on the impact to the entire economy,” said David Dai of Bernstein.

Passengers on a cruise ship that was refused entry to Thailand this week on fears over coronavirus have been allowed to disembark in Cambodia on Friday morning.

More than 2,000 guests on the Westerdam operated by Holland America Group were allowed to leave the ship after tests submitted to a laboratory in Phnom Penh came back negative for coronavirus, the cruise company said.

The cruise left Hong Kong on February 1 for a 14-day trip but was turned away from Japan and the Philippines as another ship, the Diamond Princess was held in quarantine in Japan. The Diamond Princess has reported more than 200 coronavirus infections.

The US embassy in Cambodia tweeted pictures of passengers leaving the ship and thanked the Cambodian government for its help.

Person with confirmed coronavirus was at Westminster conference

A person attending a central London conference along with more than 200 others last week has subsequently been diagnosed with coronavirus, it has emerged, as authorities rush to trace those with whom they may have come into contact.

The unknown individual attended the UK Bus Summit at the QEII Centre, one of London’s largest conference halls, in Westminster on February 6.

Read more on this story here.

China’s Hubei province, the centre of the coronavirus outbreak reported 116 new deaths from the virus to the end of Thursday, according to a statement from the province’s health commission published on Friday. The number follows a sharp increase for the previous day’s tally as authorities included cases with only a clinical diagnosis and not a positive laboratory test for the first time. 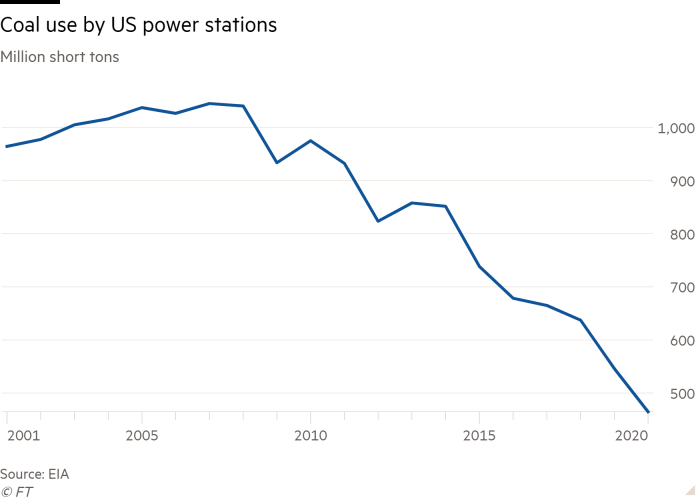 A US antitrust regulator has sued to block a joint venture between Peabody Energy and Arch Coal, undercutting efforts by the nation’s two largest coal companies to survive as the fuel loses ground to natural gas, solar and wind energy....

17 Of The Greatest Movie Endings, Ever