Data from the International Space Station confirms: Lightning is insane

Lightning is such a common phenomenon that people often overlook just how powerful it is (provided it doesn’t hit you, obviously). But over the past decade, research has gradually revealed just how extreme lightning is. This everyday phenomenon is powerful enough to produce antimatter and transform atoms, leaving a radioactive cloud in its wake. Understanding how all of this happens, however, is a real challenge, given just how quickly multiple high-energy events take place.

Now, researchers have used an instrument attached to the International Space Station to track the physical processes that are triggered by a lightning strike. The work tracks how energy spreads out from the site of a lightning bolt into the ionosphere via an electromagnetic pulse.

That sort of capacity was designed into the instrument because it’s needed to understand lightning, where a lot goes on very rapidly as a bolt of lightning forms and propagates. The environment in which a lightning bolt forms typically has some loose electrons, and these get rapidly accelerated to relativistic speeds by the intense electrical fields. As these electrons slow back down or get forced to travel on curved paths, they lose energy in the form of bremsstrahlung radiation. The amount of energy being lost is so large that some of it is emitted in the form of the highest-energy category of photons, gamma-rays.

That radiation is responsible for a couple of the downstream effects mentioned above. If the gamma rays strike an atom’s nucleus, they can transform some of the mundane atom’s subatomic particles into a radioactive isotope. In addition, if the photons become concentrated enough, they can spontaneously form particle/antiparticle pairs, which is why antimatter has been detected in the wake of lightning bursts.

While all that’s going on, there are often bursts of light that are not directly connected to the lightning bolt itself. Termed sprites, jets and elves, these phenomena are erratic and poorly understood, but we do know they occur above the clouds where the bolt actually forms.

To piece together how all this happens, we need a huge amount of imaging at multiple wavelengths and with exquisite timing. The details we can get from the ground, from cloud level, and from outer space should all provide perspectives on where specific events take place. Different phenomena occur at different wavelengths, which is why we need a broad range of sensors. And tracking the timing can help us determine which events may cause later phenomena. From its perch on the International Space Station, ASIM provides a low-space perspective on these events.

A paper released by Science today describes ASIM’s imaging of a single lightning bolt, which took place in 2018 off the coast of Sulawesi in Indonesia. Optical activity heralded the formation of the lightning bolt and started to intensify about 200 microseconds before the gamma rays began registering in the detectors. The gamma rays were primarily in the form of a transient flash lasting about 40 microseconds, but there was a “long” tail of emissions that extended out to 200 microseconds as their energy gradually declined.

UV light started arriving right at the same time that the gamma-ray burst hit. The initial UV light was produced by ionized oxygen as the lightning bolt moves through the atmosphere. But the UV shifted to what’s called an “elve,” which is a different phenomenon entirely. In the case of elves, the light is the result of an electromagnetic pulse produced by the lightning bolt itself. This travels into the ionosphere, a sparse layer of ionized gasses that starts about 100km above Earth and extends up to roughly where the ISS orbits. Because the pulse takes time to reach the ionosphere, there’s a delay between the lightning and the appearance of the elve.

In this case, that delay was about 10 milliseconds, but the elve persisted for a while. That’s because the pulse spreads like a balloon being inflated, tracing out an expanding sphere above the Earth. Different areas of the ionosphere get excited as the sphere makes its way through, ultimately causing UV emissions to extend over an area of up to 800 kilometers.

All of this took place in under 300 milliseconds.

The authors conclude that, to form an elve, it takes a large pool of charge that gets drained into the lightning bolt rapidly; otherwise, it’d be impossible to form an electromagnetic pulse without that (past studies have suggested these pools could be hundreds of kiloAmps). This strengthens the idea that there’s a connection between gamma-ray flashes and elves, as both require a significant pool of charge to operate.

Normally, this would be the point when caution about this being a single event would become appropriate. But these observations are generally in line with things that have been seen previously, but they provide an improved spatial and temporal resolution to the many events associated with a lightning burst. If the results were less consistent with what we’ve seen previously, then there would be more reason to worry about this single sampling.

That doesn’t, however, mean that scientists wouldn’t love more data. Finding out whether there might be exceptions to the timing of events seen here, and a good distribution of the range of timings that are possible, should help give us greater confidence in the mechanisms that have been proposed for the many phenomena triggered when a lightning bolt forms. Memes are essentially a means of expression that is more effectively used over the internet. Certain memes could viral and the latest one to hit the trending section is the #DollyParton challenge. Social media apps. Started by the 74-year-old country...

This week saw an interesting variety of Apple news and rumors, ranging from rumors about upcoming iPhone and iPad releases to Apple TV+ announcements to news that Adobe Flash support will finally be removed from Safari. One of the quirkier... 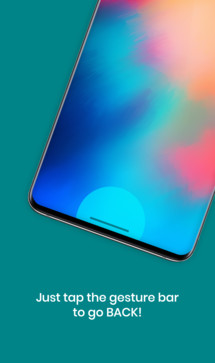 Welcome to the roundup of the best new Android applications that went live in the Play Store or were spotted by us in the previous three weeks or so. Today I have a fantastic gesture navigation tuner, a preview version...

As mass shootings at US schools increase in frequency while our country’s gun control laws remain weaker than those in any other developed nation, more school administrators across the US are turning to artificially intelligent surveillance tools in an attempt...

The Morning After: Vine is back, but now it’s Byte

The SUV and sedan are about due for a hardware update.Tesla update leaks some upcoming changes for Model S, Model XThe first new Tesla software update of 2020 just started rolling out, and @Greentheonly has taken a look at the...