“You’re either part of the problem, or you’re part of the solution.” Cinedigm has revealed an official trailer for an indie drama titled Tuscaloosa, which is indeed set in the town of Tuscaloosa, Alabama. Based on the Southern novel by W. Glasgow Phillips, this film is set in 1972 and centers around a major civil rights movement. On the verge of entering high society, college graduate Billy Mitchell finds his plans changing when he falls in love with a young patient with multiple personalities at his father’s mental institution, and becomes involved in a radical civil rights fight against Tuscaloosa’s power elite. Starring Devon Bostick, Natalia Dyer, Marchánt Davis, Tate Donovan, Ella Rae Peck, Nathan Phillips, Birgundi Baker, and hip hop artist / actor YG. Looks like a radical trip back to the 70s, with some groovy dialogue in there. 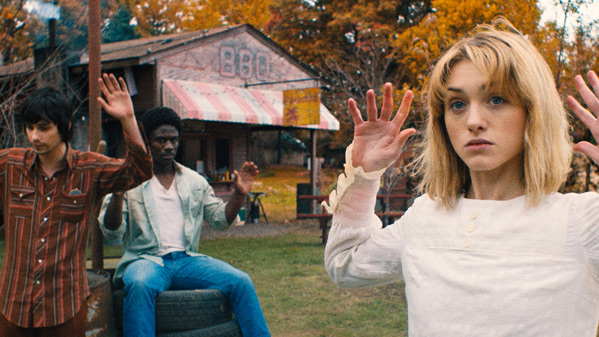 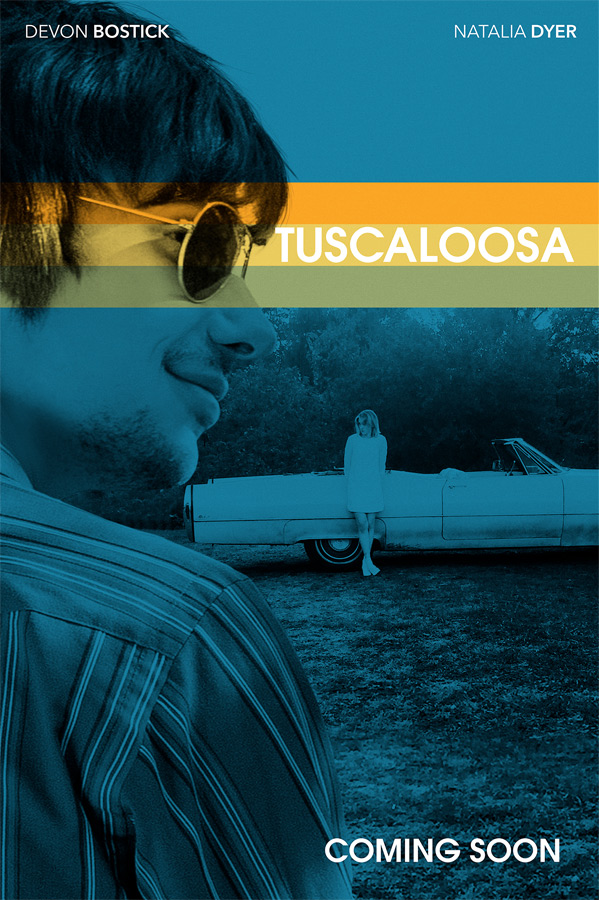 Alabama, 1972. As Billy (Devon Bostick) falls for a patient (Stranger Things’ Natalia Dyer) at his father’s mental asylum, his childhood best friend becomes involved in a radical civil rights movement against Tuscaloosa’s power elite. Tuscaloosa is directed by American filmmaker Philip Harder, a music video and commercials director making his second feature after the experimental Low: Movie – How to Quit Smoking previously. The screenplay is also written by Philip Harder, based on the Southern novel of the same name by W. Glasgow Phillips. It’s produced by Scott Franklin and Patrick Riley. This originally premiered at the Nashville Film Festival last fall, but didn’t play anywhere else. Cinedigm will release Harder’s Tuscaloosa in select US theaters + on VOD starting March 13th, 2020 coming up next month. Anyone interested in this?

AZRA’s ‘Dangerous’ Video Is For The ‘Unapologetic’ Females Out There

For all the women breaking down barriers and shattering glass ceilings, AZRA has an anthem for you, and her new video shows how ‘Dangerous’ powerful females can be. It’s 2020, and there’s no place where women aren’t excelling. Yet, as...

Exclusive TMZ.com Cathy Silvers -- best known for playing Jenny Piccalo on "Happy Days" -- had a painful day biking and hiking SoCal mountains ... ending up with broken bones and a helicopter rescue. The actress tells TMZ ... she...

Screen Media Films has pulled a new trailer for ROBERT THE BRUCE from their sheath that has the follow-up to Mel Gibson's BRAVEHEART looking like another mighty celebration of Scotland's fight for independance and then some. Co-written by Eric Belgau...

New US Trailer for Coming-of-Age Racing Film 'Go Karts' from Netflix "You've got a lot of work to do before you're ready to race." Netflix has unveiled a new official trailer for the Australian coming-of-age racing movie originally known as...

Miley Cyrus and Cody Simpson’s social media flirting continues! The singer shared a sultry comment under a series of photos that showed Cody in the studio. And, her remedy for helping him ‘smile while singing’ is interesting to say the...