How long can we expect temporary layoffs to remain temporary?

Policymakers, businesses, and institutional leaders have deliberately shut down economic activity as a necessary public health measure to save lives and reduce long-run economic costs. One consequence has been a sizable spike in job losses. Today, unemployment insurance (UI) claims for the week ending March 21, 2020 totaled a record-breaking 3,283,000 almost 5 times the highest previous weekly total. However, the shutdown that led to many of these layoffs will be temporary, and our economic policy response seeks to make the economic disruption just as temporary. This analysis shows that unemployment duration is substantially shorter for workers who are temporarily laid off and provides hope that employment relationships can be maintained—at least for a certain length of time—after a temporary shutdown of the economy.

One important step toward answering this question is fully understanding the layoffs that have already begun in massive numbers. How many of these layoffs will be temporary—allowing for straightforward recall of workers to their previous jobs—and how many will be permanent, necessitating prolonged job search and readjustment? Because the current situation is largely unprecedented, the public policy response still uncertain, and the data are not yet available, no definite answer can be provided. But we can gain insight by examining temporary and permanent layoffs during pre-pandemic periods.

Workers “on layoff” are defined by the Bureau of Labor Statistics (BLS) as those workers who expect to return within six months or have been provided with a specific recall date; we refer to these as temporary layoffs. A permanent layoff, by contrast, is what we call a job loss that does not satisfy one of these conditions, and typically ends with a worker finding a job with a new employer or leaving the labor force. The BLS estimated that 801,000 Americans were on temporary layoff and 1,279,000 Americans were on permanent layoff in February 2020. (The sum of the two is smaller than the number of unemployed because those who quit jobs, those who entered the labor force, and those who ended temporary jobs are not included in those numbers.) Of course, these numbers will increase dramatically in the coming months as the fallout of the COVID-19 crisis begins to appear in the data.

In figure 1, we compare the duration of both temporary and permanent layoffs from July 2008 to June 2009, showing the percent of each group’s unemployment that has lasted a given number of weeks at the time when a worker is surveyed. (We choose this time period because it is the most macroeconomically similar recent comparison period for early 2020; layoffs during the Great Recession were especially high during this period.) It is clear that temporary layoffs tend to be much shorter in duration than permanent layoffs (for which workers have no expectation of return to the previous employer). Fifty-two percent of workers on temporary layoff during 2008–09 reported an unemployment duration of 4 weeks or less. By contrast, only 21 percent of workers on permanent layoff reported a duration of 4 weeks or less. Relatively few workers (36 percent) on temporary layoff reported durations of 8 weeks or more, while 73 percent of those permanently laid off reported at least an 8-week duration.

One important note is that these are reported numbers of weeks for the currently unemployed, and do not represent completed spells of unemployment. Workers on temporary layoff can convert to a “permanent” status if they no longer believe they will return to their previous employer. In other words, short temporary layoff durations are not always followed by re-employment; they can also be followed by permanent layoff status or labor force exit.

The economic policy response to COVID-19 should be intended to maximize the share of workers who return to their previous employer. Subsidizing employers who retain or rehire their workers, providing generous UI benefits that keep workers in the labor market, and a host of other policy actions aim to preserve the web of employment and business relationships that existed prior to the pandemic. We may therefore hope and expect for a much higher share than 40 percent to return to their previous employers. But we should also keep in mind that temporary layoffs are typically limited in duration. As time passes without workers being recalled to their employers, those layoffs may stand a greater chance of becoming permanent.

Brexit is not immune to coronavirus 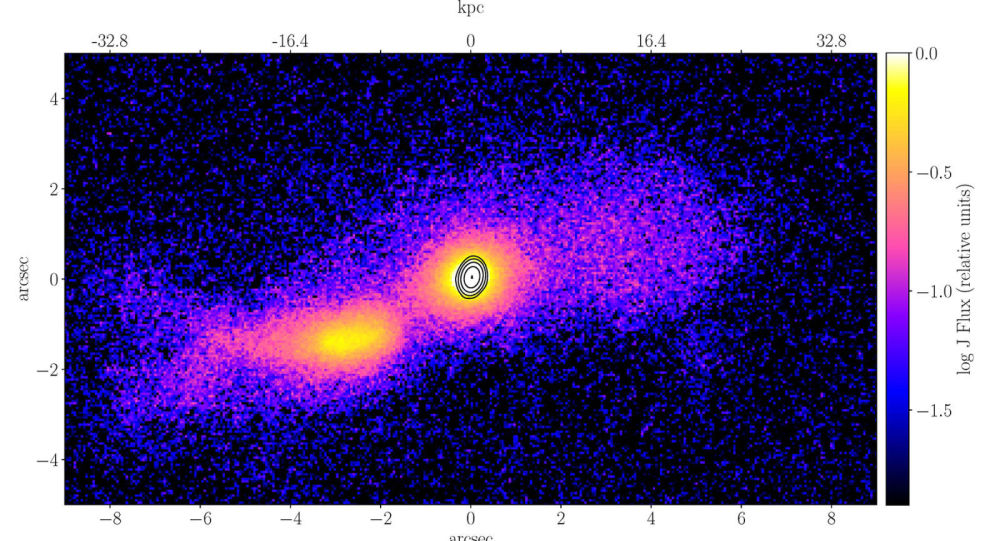 Tech22:48 GMT 08.04.2020Get short URLFor the first time ever, scientists have been able to produce photographic evidence showing that colliding galaxies can produce jets of charged particles that travel almost at the speed of light. A research team composed of... 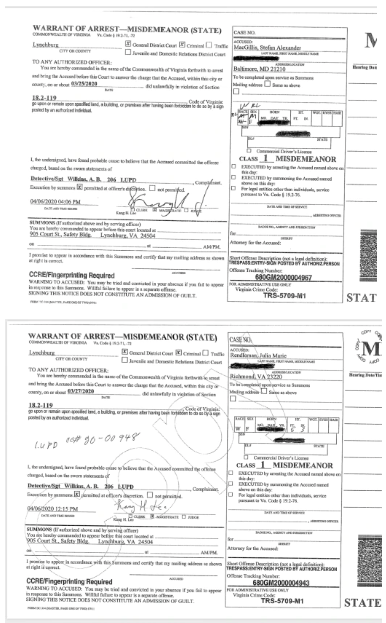 Liberty University President Jerry Falwell, Jr., announced Wednesday that he is pursuing criminal charges against a New York Times freelancer and ProPublica for trespassing on campus while covering COVID-19. “We actually went to the local magistrate, we’ve sworn out warrants... 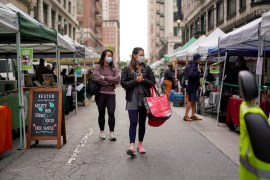 Farmers markets are vital during COVID-19, but they need more support

Last week, Los Angeles’ mayor shut down all of the city’s farmers markets due to the coronavirus crisis. Two days later, he gave 24 of them approval to reopen with new safety conditions. Seattle’s farmers markets are currently closed, despite...

Saudi officials say the coalition fighting Iran-backed Houthi rebels in Yemen will begin a ceasefire on Thursday.The officials told journalists that the decision was in response to UN calls to halt hostilities amid the coronavirus pandemic. They said the ceasefire... 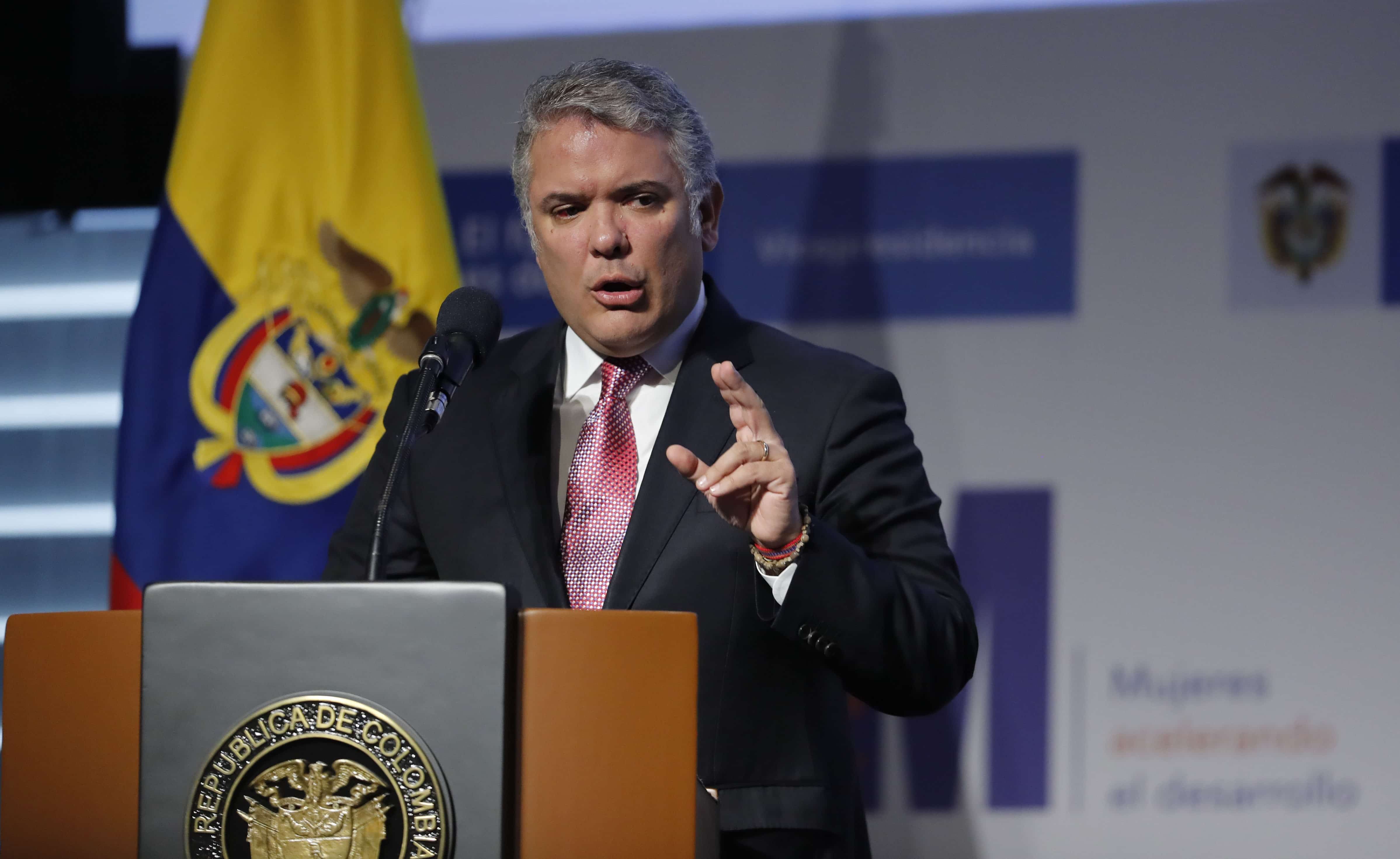 Colombia asks IMF for $11 billion to help with economic crisis

Colombian President Iván Duque requested to the International Monetary Fund (IMF) on Tuesday, April 7, renewed access to an $11 billion credit line to boost the country’s struggling economy amid the COVID-19 pandemic. The move came one day after the...

Newly engineered enzyme can break down plastic to raw materials

Coronavirus USA: Hospitals are laying off staff during a pandemic

How to make group video calls without logins or downloads