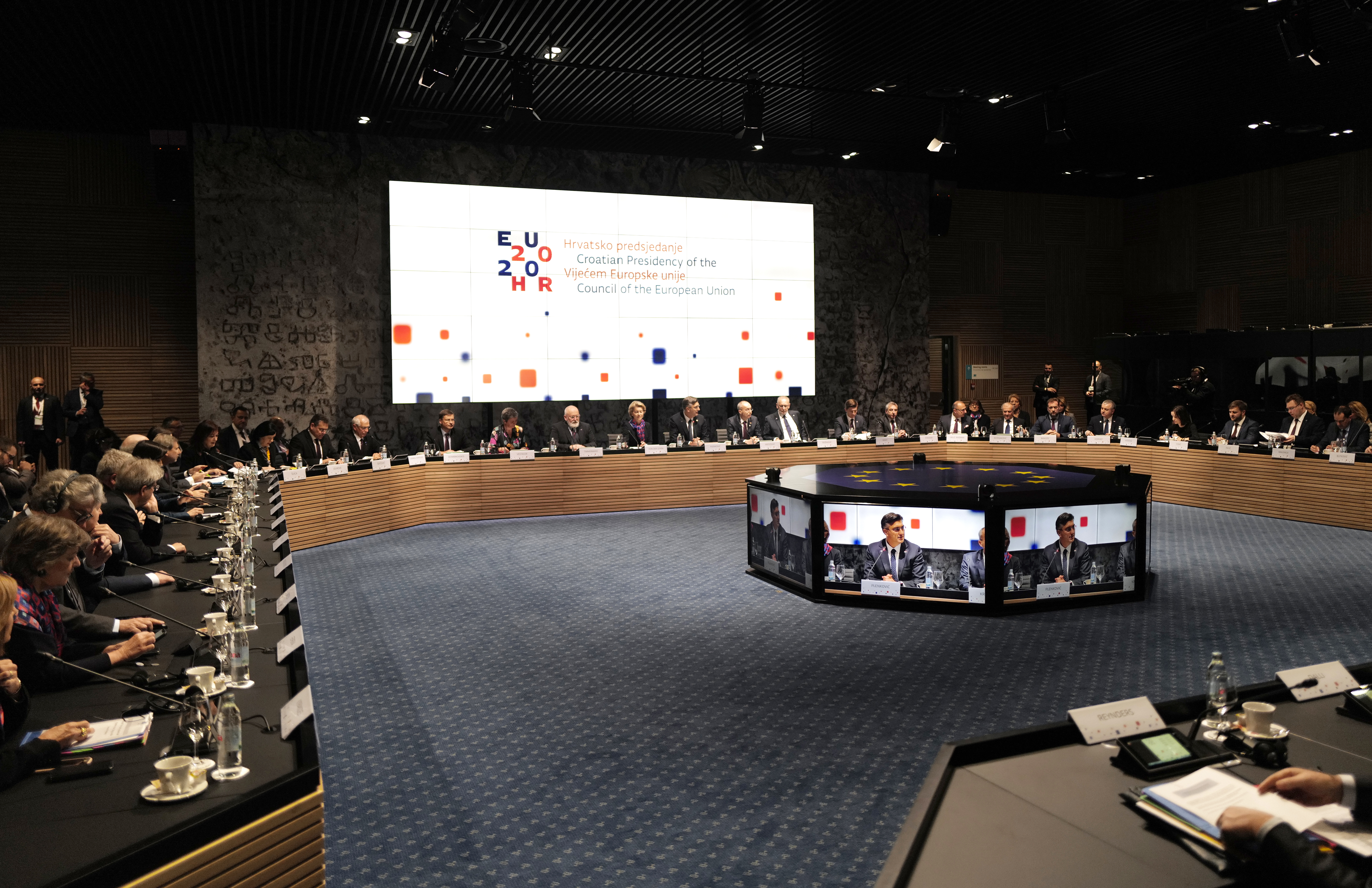 Moving on a trajectory that senior EU leaders publicly outlined at the Munich Security Conference in mid-February, the EU’s General Affairs Council (GAC) agreed on March 24 on a compromise package allowing it to approve the long- and repeatedly delayed Commission recommendation to provide a starting date for accession talks with Albania and North Macedonia. Albania had been a source of concern to some EU countries due to its limited progress on the rule of law situation, and a last-minute compromise with Greece on a side issue related to Tirana’s upcoming census was also reached.

The next step should be formal approval of the GAC decision at the regular European Council meeting scheduled for March 26, which has been changed to a video conference format.

Even so, the GAC approval is another step in a long process that will eventually launch accession negotiations for both candidate countries, which will take years to complete in any event and can sometimes freeze completely.  In the region, formal accession negotiations began with Turkey in 2005, Montenegro in 2012, and Serbia in 2014.

This decision regarding Enlargement was once again held up after France vetoed any Enlargement-related decisions last October and demanded the EU reform what Paris saw as generous and poorly conceived accession procedures then in place.  Brussels worked overtime to comply and released a new set of proposed rules in early February.

French President Emmanuel Macron indicated at the Munich Security Conference in mid-February that the reform proposals Brussels was then proposing were acceptable since they contained provisions that Macron demanded for “conditionality” and “reversibility” in case an accession candidate country fails to deliver the reforms now required to join the EU, adding a safety valve or “kill switch” to the process, previously absent.  A number of Member States support this because the Commission’s large Enlargement bureaucracy had proven unable and/or unwilling to hold candidate countries to their reform commitments, especially when it came to justice/rule-of-law issues.

The timeline for moving ahead is understandably less than precise due to the Covid emergency, but it is interesting that senior EU officials did not drop Enlargement from the upcoming European Council meeting.  A range of unnamed senior officials have commented anonymously in the international press about the importance of Enlargement as a symbol of hope to the Western Balkans at this juncture, and also to show all EU citizens that there is still capacity within the Commission to move ahead on important political issues despite the global crisis.  For a variety of reasons, few analysts believe accession talks could be started before the autumn of 2020 in the best-case scenario.

It is also unclear whether the long-planned and highly symbolic Zagreb Summit with Western Balkan leaders will take place as scheduled on 6-7 May. Enlargement is a key agenda item of the current Croatian EU Presidency as Croatia was the last new country to join the EU, back in 2013.

Another Covid-related question mark is the political situation in North Macedonia, where the government in Skopje was forced to suspend plans for April parliamentary elections on March 21 due to the Covid crisis. Snap elections were called last October after the EU did not offer Skopje a start date for accession talks, creating a crisis for then-Prime Minister Zoran Zaev’s government.

The formal NATO accession process started in January 2019, immediately after Greece ratified the June 2018 Prespes Agreement which resolved the three-decades-long Name Dispute between the neighbouring states but could not be rushed despite strong and continuing pressure on all NATO members from NATO Secretary-General Jens Stoltenberg and senior career US State Department officials. 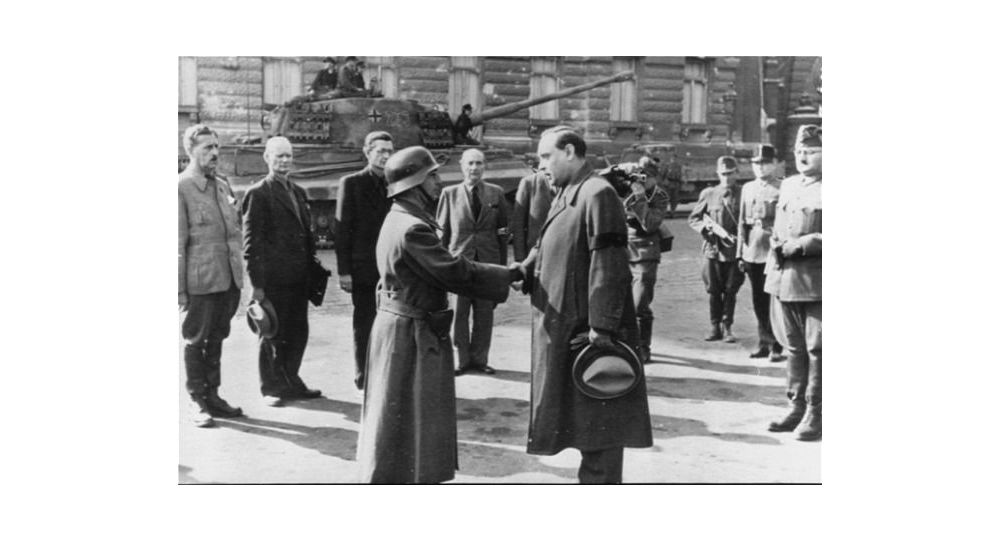 75 years ago, from January to May 1945, the Allies began the final push for the heart of Adolf Hitler’s Third Reich, knocking down one puppet regime after another and counting down the days to the Nazis’ surrender.As the last...

Lockdown fears amid Aussie gun sales spikesFree subscription: Get our four-week digital trialAn official new children’s COVID-19 book has been launched to help explain to baffled South Australian youngsters about the changes they are having to endure.SA Health has produced... 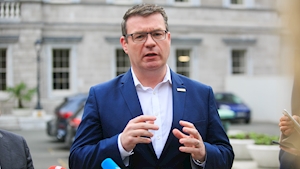 Alan Kelly has described his election as the Labour Party's 13th Leader as his "greatest honour".The Tipperary TD thanked his leadership rival Aodhán O Ríordáin and said they would "work together to bring our Party forward". Mr Kelly said he...

The Day After (II): What Europe?

“The Day After”, the European Union, the so called “bloc”, will have either to stay as is and sooner rather later will dismember, or change in an attempt to survive. This will be difficult as huge organizations do not adapt...

Europe10:19 GMT 04.04.2020(updated 10:44 GMT 04.04.2020) Get short URLSputnik Internationalhttps://cdn2.img.sputniknews.com/i/logo.pngSputnikhttps://cdn2.img.sputniknews.com/i/logo.pnghttps://sputniknews.com/europe/202004041078831755-two-dead-in-stabbing-attack-in-romans-sur-isre-southeastern-france---reports/At least seven people have been injured in the attack. The suspected attacker has been detained.At least two people have been killed and seven more injured as a result of a...

The Day After (II): What Europe?