Is There Going to Be a The Bachelor Kardashians Crossover??

Kylie Jenner for The Bachelorette 2020? While the possibility of the lip kit queen gracing our screens as the unlucky-in-love female lead might seem far-fetched, it’s not as implausible as, say, Kanye 2020. Because the Kardashian fam and their friends are already all up in Bachelor nation—mainly via its leading men. In an Instagram video posted to Bach account @its_thesnatchelor, the current Bachelor lead, Peter Weber is seen hanging out at a party with none other than Kylie Jenner. In one video clip—taken from Instagram stories—fans can catch a glimpse of Pilot Pete standing around in a grey shirt with his arms crossed. In another, which features Jenner lounging with a filter over her face (obvi), the Bachelor can be heard talking in the background about someone named Kelley (recently booted contestant Kelley Flanagan, perhaps?).

It was only a matter of time before the two reigning reality TV franchises overlapped; at this point I’m expecting to see Pilot Pete pop up on the next season of Keeping Up with the Kardashians—potentially as their private pilot? And honestly, I hate it. I cannot live in a world where The Bachelor and KUWTK intersect. Here’s why.

Let’s be honest, the signs of a The Bachelor-Kardashians crossover are all there

For any of the doubters who think a Bachelor–KUWTK crossover (IRL romantic or on-screen) isn’t in the stars, let me just say: You’re wrong. Because the signs are all there, and they’re neon and flashing. Pilot Pete isn’t the first dude from Bachelor nation to party with the Kardashian/Jenner fam. Peter’s hangout with Kylie comes only a few months after fellow Bachelorette season 15 reject Tyler Cameron was spotted partying with Stormi’s mama. And not only that; Tyler was reportedly seen macking on Kylie’s BFF Anastasia Karanikolaou (a.k.a. Stassie) several different times from November 2019 to January of this year. Plus, in November 2019, Pete, Tyler and Bachelor in Paradise fan fave Dylan Barbour were spotted at an L.A. Rams football game with the same ladies. Not to mention the whole Tyler dating Kendall Jenner’s BFF Gigi Hadid thing.

Read this next: Who Got Cut and Who’s Left Standing on The Bachelor?

So they’re in deep. Plus, Bachelor creator Mike Fleiss has even joked about Khloé Kardashian being the Bachelorette (something she didn’t appreciate at the time, but you just know the franchise would jump at the opportunity if it presented itself).

But this is already the worst decision

Honestly, thank god Khloé said “thank u, next” to even the *thought* of being the next Bachelorette—because this crossover between two of televisions guiltiest pleasures is seriously not it. And Peter’s recent video appearance is the perfect example of why. Throw a C-list celeb—thrust into fame by his willingness to date 30+ women at once and make terrible decisions in the process—into a room with A-list celebs who love partying and documenting said partying on their Insta stories, and you have a mess. Peter was in that room for lord knows *how* long and was already seemingly spilling some piping hot Bach tea (tell me that isn’t breaking some sort of NDA!). These men do not know how to be Kardashian-level discreet! Lest we forget, they’re hanging with the fam that managed to keep Kylie’s entire pregnancy under wraps for nine months.

The Kardashian-Jenners know how to simultaneously always be in the public eye while remaining tight-lipped, a skill that these Bachelor contestants just *don’t* have.

Read this next: Bachelor Peter Is Going to Ruin His Own Dang Season—Here’s Why

And also, having Bach nation alums get up close to (and even date) these famous celebs just doesn’t do it for me, because it breaks the whole illusion—and point of—the show: that these are everyday people looking for, and sometimes finding, love with other everyday people (or as everyday as a “Chicken Enthusiast” can be). We already know that people like Gigi Hadid and Kylie Jenner can date and find love with whoever they want—they’re Gigi Hadid and Kylie Jenner! But what about us plebes? I want to sit in front of my TV for three to five hours a week and watch someone who looks (kind of, semi, TBH not really) like me make a mess of their lives and reputations and find love on TV, if only to prove that I myself, a certified mess, can also find love with someone similarly as messy.

Read this next: What the Heck Was That Bachelor Preview About?

Bachelor contestants are *supposed* to be normal and hang out (and date) amongst themselves—not rub elbows with the rich and famous. If I wanted to see the Kardashians chill with C-list celebrities, I’d watch Kim Kardashian West’s Insta stories with Jonathan Cheban.

*Maybe* Peter dating Kylie is the most dramatic, never-before-seen ending to this season that we’ve been promised, and if so, I hate it. Boss makes a case for lilac at Milan Fashion Week

The venue Boss took over the Social Music City space and decked it in lilac, and models, including Irina Shayk, Bella Hadid and Doutzen Kroes, glided around an oval catwalk to the sounds of a live orchestra. The musicians performed... Natalie Lee, founder of the Warrior Women project and co-host of The Everything Project podcast, was crippled with feelings of shame surrounding sex up until her thirties. Now she's advocating why we all need to take control of our clitoris... 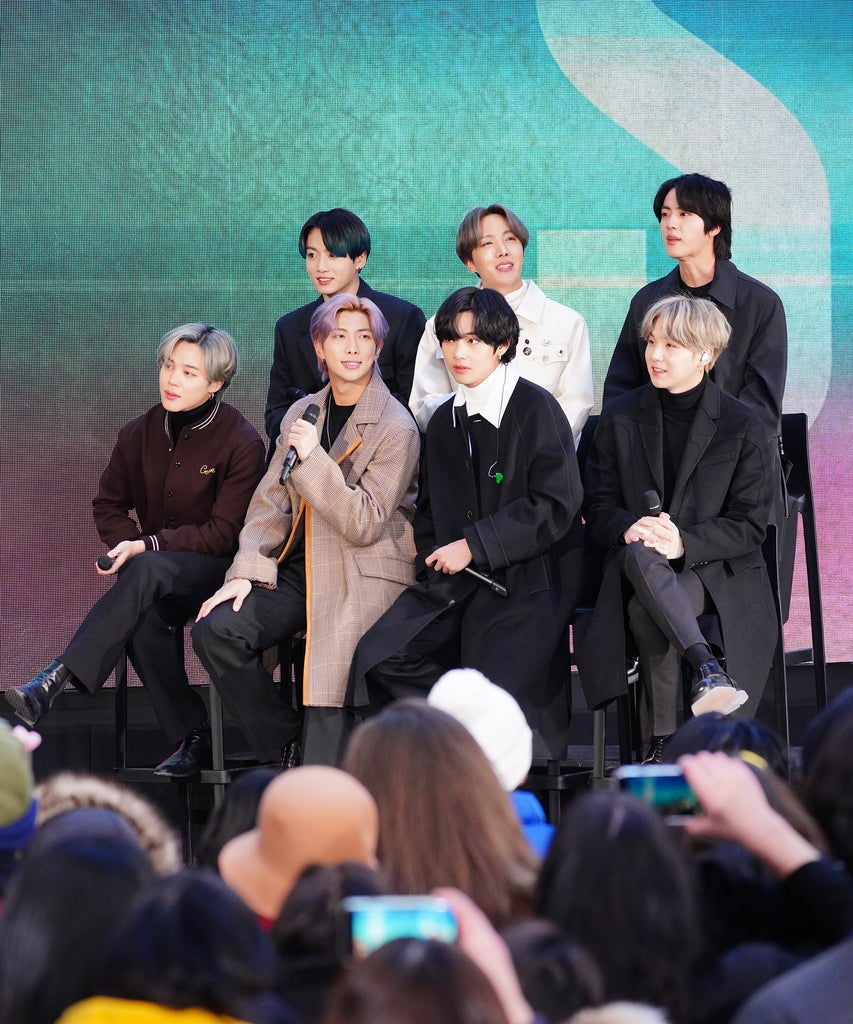 The vibe Last season’s J Lo finale was always going to be a tough act to follow, but Donatella Versace surprised nonetheless with her AW20 collection. First off, she turned the camera on us, the audience. As we sat down,...

Suits – How To Fitting Guide

A suit is the ultimate statement piece of clothing for every gentleman. Every man must own a suit in their life, even for those off occasion. Given the seriousness that comes with a suit, it is only right that you...