The Road to Lake Atitlan

I said goodbye to Antigua (Guatemala’s one-time colonial capital) as I helped hoist my backpack onto the roof of the van. I hopped inside and we were on our way.

An hour into the journey, I noticed little droplets of water appearing on the windshield. Uh oh. The backpacks on the roof were unprotected. Luckily, the rain remained light, and our luggage arrived (mostly) dry.

I was heading for a town called San Marcos, but the van didn’t go that far. The driver told me a tuk-tuk – basically a motorcycle with a row of seats glued to the back – would take me the final few miles. I arrived in San Marcos safe and sound.

Before I knew it, I was following my guide through the jungle. Walking along a dirt path that kept getting steeper, we climbed the lush hillside. The air felt marvelously clean, filtered by vegetation as far as the eye could see.

After 20 minutes of huffing and puffing, I arrived at the Yoga Forest.

I’d never been to a retreat before, but this was everything I hoped for. No electricity (except for two hours of solar-powered phone charging each morning). Yoga three times a day. Delicious meals prepared by locals.

Even the bathrooms were amazing. Showers were open to the air with spectacular views of the lake. It felt like a dream.

It was the rainy season, so we always had to be on our toes. Without warning, the sky opened up, thunder cracked, and the heavens fell down. This was very exciting when we were in the middle of a yoga class. Nature’s impressive power gave us energy.

It was less exciting when we were unprotected from the downpour. John, a great guy from Spain who was one of my cabin-mates, used an interesting strategy. One night, when the rain was especially heavy, he decided to take off his clothes, leave them in the main building, and run back to the cabin in his underwear. He rationalized his decision by explaining that his clothes were still dry. I couldn’t argue with that.

I stayed at the Yoga Forest during Guatemala’s election season. Candidates tried to sway local voters by setting off fireworks and cannons throughout the day. The unpredictable booms always made me smile when I heard them in the middle of meditation.

One Wednesday night, the Yoga Forest hosted a cacao ceremony. Cacao is hot chocolate’s more potent and stimulating cousin. During the ceremony, we closed our eyes and reclined on yoga mats while the leader played an impressive array of musical instruments.

The didgeridoo was the clear favorite. The leader of the ceremony directed the instrument across the floor like a bellowing snake. I felt a rush of excitement every time it slithered by.

After an hour or two of tingly feelings in our bath of sound, the ceremony was over. However, the excitement had just begun.

When we opened our eyes and looked outside, we couldn’t believe what we saw. Nearby Volcán de Fuego was erupting ruby-colored lava into the sky. But that wasn’t all. We were also in the middle of an incredible electrical storm. Massive sheets of lightning took over the horizon every few seconds.

After walking back to our cabin (no rain, thankfully), we stayed up for hours watching the electrons dance throughout the sky. I don’t know if it was the lightning or the cacao, but my senses were overwhelmed with joy.

Getting Acquainted With San Marcos

After a wonderful time at the Yoga Forest, I said goodbye and walked back down the hill to San Marcos with my giant backpack. Downhill was much easier.

I checked in to Hostel del Lago, which is a lovely hostel right on Lake Atitlan’s shore. Every morning I walked straight to the wooden dock to marvel at the 50-square-mile body of water. It has a certain magic to it.

San Marcos is known as the “hippie town.” The village has the highest number of dreadlocks per capita I’ve ever seen. Everyone is very relaxed and laid back.

San Marcos has only one reliable ATM in town. If you’re worried about having enough cash, you might want to bring extra before you arrive. If you’re looking for good WiFi, go to Circles Cafe. It also has delicious food and coffee.

Crossing the Lake to San Pedro

Excited to explore another town on Lake Atitlan, I made my way to the dock and hopped on a water taxi. The driver threw my backpack on top of the boat (backpacks on the roof seems to be a theme in Guatemala) and we were off. After 15 minutes of praying my bag wouldn’t slide off into the depths of the lake, I arrived at San Pedro, luggage intact.

San Pedro is known as the “backpacker town.” It’s quite a bit bigger than San Marcos and there’s much more nightlife. I checked into the AirBnB with three other friends and was greeted by two small pugs.

Evidently this apartment came with dogs. They were (relatively) well-behaved and very entertaining. By the way, the apartment cost $5 per night per person. Not too shabby.

If you’re in San Pedro, consider renting a stand-up paddleboard. For a modest fee, you can navigate the waters for a beautiful view and a great workout at the same time. At one point, waves from a nearby speed boat almost sent me tumbling overboard, but luckily I remained upright.

After many enjoyable days spent near the lake, it was time to say goodbye. I boarded another water taxi (this time they let me keep my backpack) and set off for Panajachel. The largest town on Lake Atitlan, Pana (as locals call it), is the best place to catch a bus back to the main Guatemala City airport.

With a hint of nostalgia already brewing, I waved goodbye and thanked Lake Atitlan for everything. I’ll be back.

I used Tropicana Hostel Shuttles to get to Lake Atitlan from Antigua. They can also pick you up from the airport.

I can’t recommend the Yoga Forest highly enough. It was truly one of the most amazing places I’ve been.

Lake Atitlan’s Hostel del Lago is a great, affordable hostel right on the shore of Lake Atitlan. It also has live music some nights.

If you’re looking for a good place to eat with the best WiFi in San Marcos, go to Circles Cafe.

Author Bio: Michael Bjorn Huseby is a freelance travel writer who left his life of lawyering to explore the world. He loves practicing yoga, writing music and attempting to speak new languages. To read more of his adventures, visit his travel blog at columbia2colombia.com. 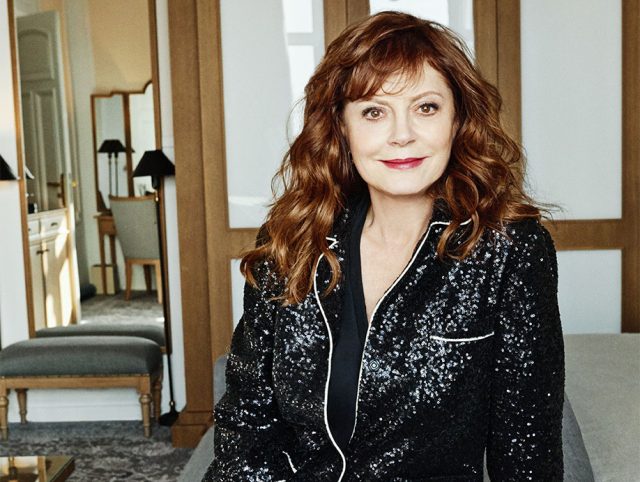 Fairmont Hotels & Resorts is delighted to announce a new Global Brand Ambassador – the Oscar-winning actress and UNICEF Goodwill Ambassador, Susan Sarandon. In this unique role, Ms. Sarandon will star in a global brand campaign that will portray the transformative...

Its finally here, the morning of the highly anticipated family vacation. It is all the family has been talking about for weeks. The girls can’t wait to relax on the sunbeds in the glorious sun, topping up their tan. The... 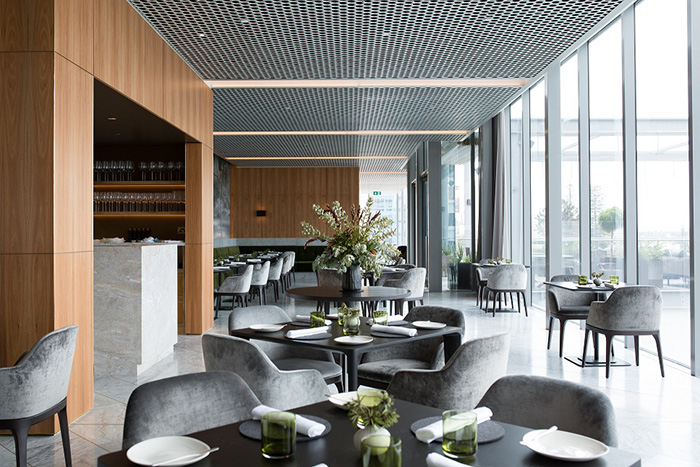 The five-day culinary retreat that will enlighten your senses

Travel and food are already a match made in heaven. Now COMO Hotels and Resorts are looking to blur the lines between the two with a series of retreats that will use culinary experiences as a lens to explore the... 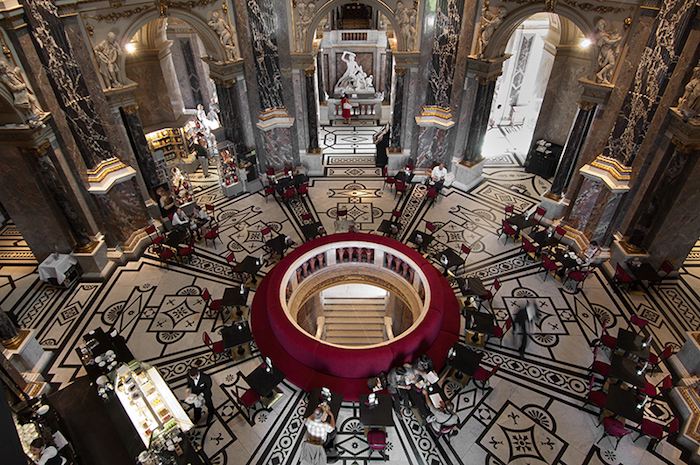 8 historic attractions that give Austria its charm

Everywhere you turn in Austria, history comes alive. Walking through glimmering rows of weapons in the 17th-century Graz armoury, you can almost see Styrian lords leading their troops on horseback against invaders and Habsburg rulers seem to stare at you from the portrait... 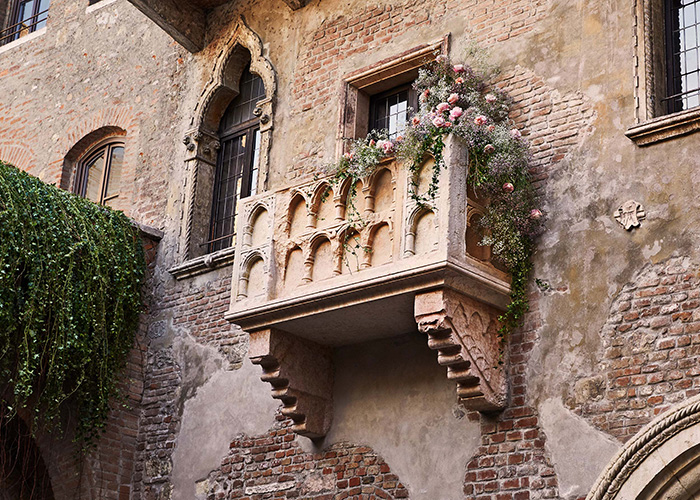 For the first time ever, a modern-day Romeo and Juliet will have the chance to celebrate Valentine’s Day with an exclusive stay at Juliet’s house in Verona, Italy. Casa di Giulietta and its iconic balcony resembling the ‘wherefore art thou...

BCCI on back foot as Kohli takes a dig at packed itinerary and cramped travel schedule!