Milky Way: Researchers detect explosions in the center of our home galaxy

The center of our Galaxy has produced a gigantic burst of radiation in a cosmically short time. This is the conclusion of astronomers around Joss Bland-Hawthorn of the University of Sydney from studying gas outside our home galaxy.

The outbreak occurred 2.5 to 3.5 million years ago. At that time already the first ancestors of man populated the earth. The Milky Way is possibly a more active galaxy than expected, the researchers report in the "Astrophysical Journal",

The team of Bland-Hawthorn had studied the Magellanic Current. It is an elongated track of hydrogen gas, which practically draws like a vapor trail around our entire home galaxy.

Result: Directly above and below the center of the Milky Way the hydrogen gas in the Magellan stream is strongly ionized. This means that high-energy radiation must have struck electrons from the hydrogen atoms.

Together with other previously found evidence, this ionization in the Magellanic Current is evidence of the radiation outburst in the galactic center of our home galaxy, the researchers report. According to their analysis, the radiation shot up and down almost vertically from the galaxy center and contained about one million times more energy than our sun will radiate throughout its lifetime.

Scheme: Field of ionizing radiation over the southern hemisphere of the Milky Way

The cause of the radiation explosion was probably a gas cloud from our galaxy, which came too close to the central black hole of the Milky Way and was swallowed. Matter that falls into a black hole heats up extremely and thereby releases high-energy radiation until it passes the so-called event horizon of the black hole, beyond which nothing escapes to the outside.

To find out when the center of the Milky Way has exploded, the researchers have with the HubbleSpace Telescope investigated spectral lines in the Magellanic Current, with the help of which they were able to date the radiation outburst on the basis of a model calculation. "We came to an age of anything between 2.5 and 3.5 million years," explains Bland-Hawthorn.

This is a very short time in cosmic scales. By comparison, the earth is today about 4500 million years old. It was a fascinating idea that human ancestors who had already settled in Africa could have seen a bright blast of radiation when they looked toward the center of the Milky Way, Bland-Hawthorn said.

"The outbreak, which occurred three million years ago, was so powerful that it had consequences for the environment of our galaxy," said Magda Guglielmo of the University of Sydney, who also participated in the study.

"These results are dramatically changing our idea of ​​the Milky Way, we've always considered our galaxy to be an inactive galaxy with a less bright center, but this new insight opens up the possibility of a complete reinterpretation of its evolution and nature." 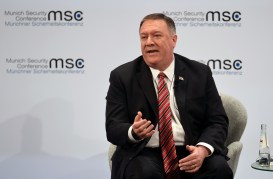