Winds outside of Tropical Storm Gabekile are ripping the storm apart. NASA’s Aqua satellite provided a visible image of the storm that showed strong northwesterly wind shear was adversely affecting the storm.

Gabekile formed on Feb. 15 and by the next day, it had rapidly intensified to hurricane-force with maximum sustained winds near 75 knots (86 mph/139 kph), then after encountering wind shear the storm quickly weakened.

In general, wind shear is a measure of how the speed and direction of winds change with altitude. Tropical cyclones are like rotating cylinders of winds. Each level needs to be stacked on top each other vertically in order for the storm to maintain strength or intensify. Wind shear occurs when winds at different levels of the atmosphere push against the rotating cylinder of winds, weakening the rotation by pushing it apart at different levels.

When NASA’s Aqua satellite passed over the Southern Indian Ocean, it provided forecasters with a visible image of the tropical depression. On Feb. 18 at 3:30 a.m. EST (830 UTC), the Moderate Resolution Imaging Spectroradiometer or MODIS instrument that flies aboard NASA’s Aqua satellite showed wispy clouds circled around Gabekile’s low-level center and the bulk of clouds and storms were pushed more than 100 nautical miles southeast of the center.

NASA’s Aqua satellite is one in a fleet of NASA satellites that provide data for hurricane research.

Tropical cyclones/hurricanes are the most powerful weather events on Earth. NASA’s expertise in space and scientific exploration contributes to essential services provided to the American people by other federal agencies, such as hurricane weather forecasting. Does Soap Actually ‘Kill’ the Coronavirus? Here’s the Chemistry [Video]

Constantly being told to wash your hands? Us, too. So we’re diving into the chemistry behind why soap is so effective against viruses like the coronavirus that causes COVID-19. and yeah, they break up all the non-covalent interactions, and... 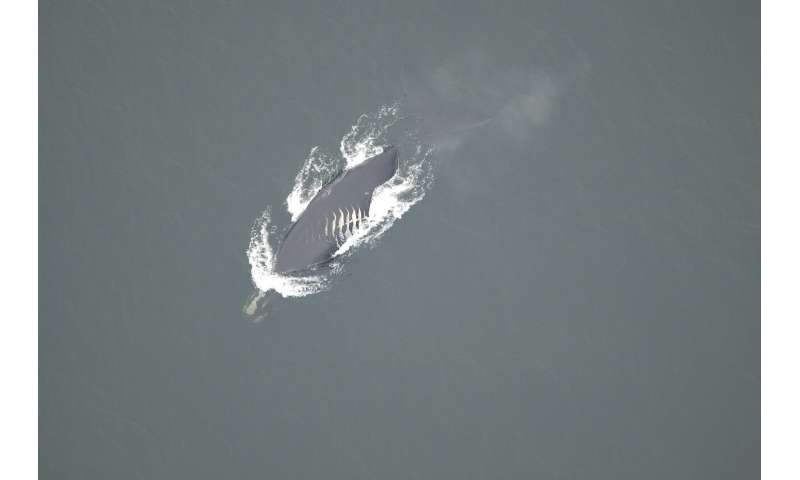 In this March 11, 2006 photo provided by the New England Aquarium, a whale swims off the coast of Georgia with fresh propeller cuts on its back. The whale is assumed to have died from its injuries, as it was... As increasingly stringent measures to keep people apart are put in place to slow the spread of the coronavirus, mental health experts are warning that losing everyday social connections comes with psychological costs. And those costs could go up the... MIT Chemists Have Developed a Peptide That Could Block COVID-19

MIT chemists have designed a peptide that can bind to part of the coronavirus spike protein, which they hope may prevent the virus from being able to enter cells. Credit: Photo collage by Christine Daniloff, MIT MIT chemists are testing...