Fans of OnePlus will be glad to hear that the company has pushed out is own new payment system, but they’ll be sad to note that it’s only available in China for the time being. The new OnePlus Pay works over NFC and is available for OnePlus 7T and 7T Pros running HydrogenOS.

The news comes courtesy of an announcement made on the OnePlus BBS forums in China — Google Translate fails us a bit, but it looks like an official statement posted to the Hydrogen OS testing group. It also gives us a glance at what it looks like in action: 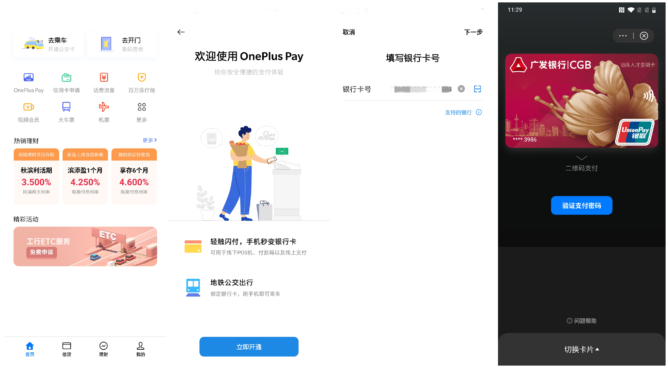 Though we’re subject to the whims of machine translation, the announcement seems to claim that it operates similarly to other NFC-based mobile payment services, and explicitly faster than Alipay and WeChat. On supported devices, it can be accessed via a double-press of the power button, similar to the Apple Wallet shortcut on iPhones.

There are a few requirements and known issues to consider before you try it, like limited bank support. If you are running HydrogenOS (the Chinese version of OnePlus’ Android software), so be sure to click through to the original announcement below if you plan to check it out.

The vast majority of our readers are likely using OxygenOS, which is OnePlus’ Android software solution in the rest of the world. Sadly, the new OnePlus Pay feature is currently China/HydrogenOS only, though GizChina claims to have internal sources that say it will eventually come to other markets, including India and the US.

With the recent implementation of The California Consumer Privacy Act (CCPA), which went into effect on January 1, 2020, companies' data collection policies will be affected. So how are users impacted – and what are their rights? The CCPA is...

With entire countries coming to a standstill to curb the rapid spread of the coronavirus, it will soon take its toll on supply chains around the world. The disrupted network of companies, factories and manufacturers could greatly affect the products...

The definitive guide to chatbot terminology

In the glory days of AOL Instant Messenger, back when screen names and away messages were serious literary pursuits, a mysterious chat maverick strode about the dial-up frontier and schooled legions of uncouth adolescents in the art of conversation. Who...

A comprehensive academic study published this week has discovered hidden backdoor-like behavior -- such as secret access keys, master passwords, and secret commands -- in more than 12,700 Android applications.To discover this hidden behavior, academics from Europe and the US...

DOJ says Zoom-bombing is a crime

Discord channels where Zoom-bombing raids are organized Image: ZDNet Zoom Tips from techrepublic The US Department of Justice has published a press release on Friday warning pranksters that "Zoom-bombing" could lead to fines or arrests on a variety of state...

Mama June Looks to Cash In on Cameo