Passenger car imports has increased by 3% in 2019

– According to the Russian Federal Customs House data, by the end of the January – December period of 2019, car imports to Russia have increased by 3.2% year-on-year to 302.5 thousand units, with a total value of $7.9 billion.

26.3 thousand of these vehicles were imported in December 2019 with a total value of $710 million.

Passenger car exports of the country have increased by 16.7% year-on-year by the end of the aforementioned period, and amounted to 109.4 thousand units, generating $1.6 billion.

Mercedes has announced the 2021 Mercedes-AMG GLA 45 today, and the car is hailed as having the most powerful turbocharged four-cylinder engine in series production in the world. The M139 2.0-liter four makes 382hp and 354 lb-ft of torque. Mercedes...

This Model X crash reveals the short comings of Autopilot and, potentially, other similarly named advanced driver assistance systems. The criticism of Tesla’s Autopilot resurfaced as National Transportation Safety Board Chairman Robert Sumwalt discussed the role of the system in... 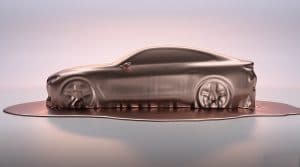 BMW Coming to Geneva with Concept i4

BMW offered up a tease of its Concept i4 electrified concept. The EV will be revealed in Geneva. BMW is giving attendees at the upcoming Geneva Motor Show a chance to see the next step in the Bavarian automaker’s electrified...

Vedomosti.- Kamaz may introduce part-time mode at the enterprise. Relevant measures may be taken as of 20 April, due to interruptions in component supplies from China, caused by the Coronavirus. The relevant statement has been made by the corporate...

Polestar may be ramping up to launch the Polestar 2 later this year, but that hasn’t stopped it looking ahead with a seductive new concept, the Polestar Precept. With a two-door GT already under its belt, now it’s time for...

Kobe Bryant’s 8th Grade Yearbook Up For Auction, Signed ‘How Bout Those Lakers’

The High Republic sets epic story 200 years before the prequels

Football Delhi scores another first for soccer in India