Researchers demonstrate how the perfect flow of electrons on the surface of some types of topological insulators can be surprisingly fragile.

Electrons race along the surface of certain unusual crystalline materials, except that sometimes they don’t. Two new studies from Princeton researchers and their collaborators explain the source of the surprising behavior and chart a course for restoring conductivity in these remarkable crystals, prized for their potential use in future technologies including quantum computers.

The studies were published in the journal Science.

For the past 15 years, a class of materials known as topological insulators has dominated the search for the materials of the future. These crystals have an uncommon property: Their interiors are insulators — where electrons cannot flow — but their surfaces are perfect conductors, where electrons flow without resistance.

That was the picture until the discovery two years ago that some topological materials are actually unable to conduct current on their surface, a phenomenon that earned the name “fragile topology.”

“Fragile topology is a strange beast: It is now predicted to exist in hundreds of materials,” said B. Andrei Bernevig, a professor of physics at Princeton and co-author on both papers. “It is as if the usual principle that we have been relying on to experimentally determine a topological state breaks down.”

To get a handle on how fragile states form, the researchers turned to two resources: mathematical equations and 3D printers. With Luis Elcoro at the University of the Basque Country, Bernevig and Princeton postdoctoral researcher Zhi-Da Song constructed a mathematical theory to explain what is happening inside the materials.

Next, Sebastian Huber and his team at ETH Zurich, in collaboration with researchers at Princeton, Weizmann Institute of Science in Israel, South China University of Technology, and Wuhan University, tested the theory by building a life-sized topological material out of 3D-printed plastics.

Topological materials draw their name from the field of mathematics that explains how shapes such as donuts and coffee cups are related (they both have one hole). The same principles can explain how electrons hop from atom to atom on the surface of the roughly 20,000 or so topological materials identified to date. The theoretical underpinnings of topological materials earned a 2016 Nobel Prize in Physics for F. Duncan Haldane, Princeton’s Sherman Fairchild University Professor of Physics.

What makes these crystals so interesting to scientists is their paradoxical electronic properties. The interior of the crystal has no ability to conduct current — it is an insulator. But cut the crystal in half, and the electrons will skim across the newly revealed surfaces without any resistance, protected by their topological nature.

The explanation lies in the connection between the electrons on the surface and those in the interior, or bulk. Electrons can be thought of not as individual particles but as waves that spread out like ripples of water from a pebble tossed in a pond. In this quantum mechanical view, each electron’s location is described by a spreading wave that is called a quantum wavefunction. In a topological material, the quantum wavefunction of an electron in the bulk spreads to the edge of the crystal, or surface boundary. This correspondence between the bulk and the boundary leads to a perfectly conducting surface state.

“The usual bulk-boundary correspondence principle breaks down,” Bernevig said. But exactly how remained a puzzle.

The team further found that the twisted bulk-boundary-correspondence can be tuned so that the conducting surface states reappear. “Based on the wavefunction shapes, we designed a set of mechanisms to introduce interference on the boundary in such a way that the boundary state necessarily becomes perfectly conducting,” said Luis Elcoro, a professor at the University of the Basque Country.

Finding new overarching principles is something that always intrigues physicists, but this new kind of bulk-boundary-correspondence might also have some practical value, according to the researchers. “The twisted bulk-boundary-correspondence of fragile topology provides a potential procedure to control the surface state, which might be useful in mechanical, electronic and optical applications,” Song said.

But proving that the theory works was virtually impossible given that one would have to interfere with the boundaries at infinitesimally small atomic scales. So the team turned to collaborators to build a life-sized model with which to explore their ideas.

In the second Science paper, Sebastian Huber and his team at ETH Zurich built a large-scale mock topological crystal out of plastic using 3D printed parts. They used sound waves to represent the electron wavefunctions. They inserted barriers to block the path of the sound waves, which is analogous to cutting the crystal to reveal the conducting surfaces. In this way, the researchers mimicked the twisted boundary condition, and then showed that by manipulating it, they could demonstrate that a freely conducting sound wave travels across the surface.

“This was a very left-field idea and realization,” Huber said. “We can now show that virtually all topological states that have been realized in our artificial systems are fragile, and not stable as was thought in the past. This work provides that confirmation, but much more, it introduces a new overarching principle.”

The work by the Princeton team was supported by the U.S. Department of Energy (grant DE-SC0016239), the National Science Foundation (EAGER grant DMR 1643312 and MRSEC grant DMR-142051), a Simons Investigator grant (404513), the Office of Naval Research (grant N00014-14-1-0330), the David and Lucile Packard Foundation, and a Guggenheim Fellowship from the John Simon Guggenheim Memorial Foundation. Luis Elcoro is funded by the Government of the Basque Country, and Sebastian Huber acknowledges funding from the Swiss National Science Foundation, the Swiss National Center of Competence in Research QSIT, and the European Research Council (grant 771503). 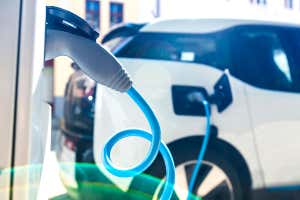 Time to rechargeSebastian Rothe / EyeEm / Getty ImagesArtificial intelligence could help to create long-lasting electric vehicle (EV) batteries that charge faster. William Chueh at Stanford University in the US and his colleagues have developed an AI that optimises EV... 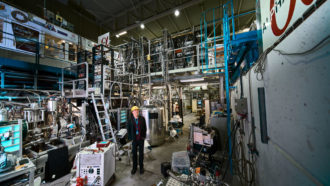 Atoms of antimatter and matter are perfect mirror images, even when weird quantum phenomena come into play. The energy levels of antihydrogen atoms — the antimatter opposites of hydrogen atoms — are altered by a quantum effect called the Lamb... 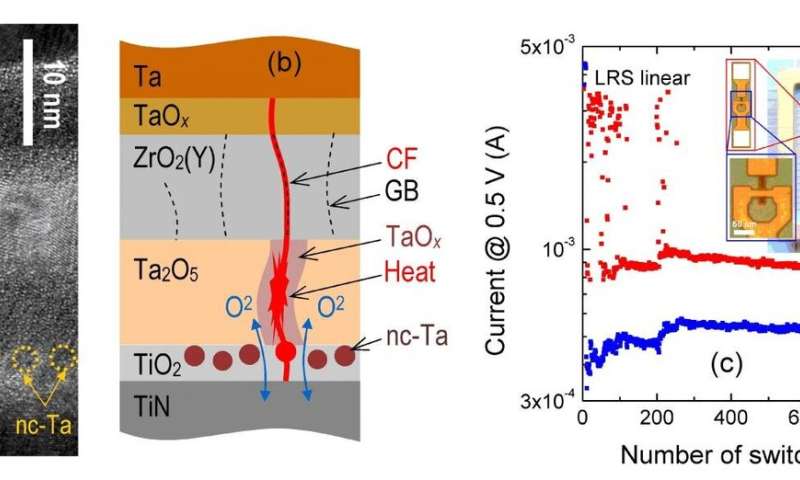 High-resolution transmission electron microscopy image (a) and schematic (b) of the cross-section of the multi-layer memristive structure in the region of the conducting filament (CF), the dependence of resistive states on the number of switching cycles and a photograph of... Abstract art representing the coexistence of species. Researchers from AMOLF (Amsterdam, the Netherlands) and Harvard University (USA) show how the ability of organisms to move around plays a role in stabilizing ecosystems. In their paper published today (February 19, 2020)... 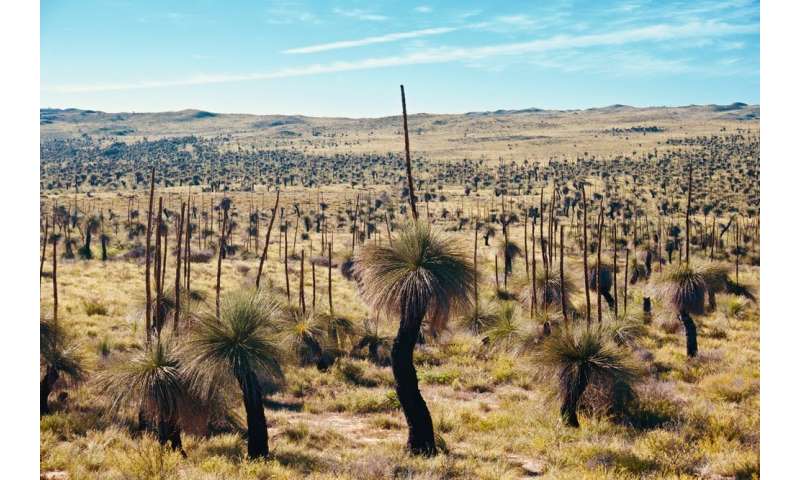 See Her Before & After Pics