Warner Bros. Pictures, Village Roadshow Pictures and BRON Creative have announced today that the joke’s on you if you thought that Todd Phillips‘ JOKER was done making silly amounts of money at the box office. That’s right, folks. After banking more than $1 billion in global ticket sales, JOKER is set to return to more than 750 theaters across North America, starting on January 17th.

The controversial film’s theatrical return comes not long after JOKER has been nominated for a surfeit of awards across multiple categories, such as 11 Academy Award and BAFTA Award nominations – including the ever-coveted prize for Best Picture. Moreover, the gritty character study has already earned a few statues by collecting two Golden Globes as well as Critics’ Choice Awards. Oh, and let’s not forget about JOKER receiving the Golden Lion, an award of the highest honor at the Venice Film Festival.

“With the continued interest in ‘Joker’ as a result of its recognition during this exciting awards season, we wanted to give audiences the chance to see the film on the big screen, whether for the first time or again,” said Jeff Goldstein, President of Domestic Distribution, Warner Bros. Pictures.

For those of you who’re content to experience JOKER in the comfort of your own homes, don’t forget that the film is available now in Digitle, 4K Blu-ray, Blu-ray, and DVD formats. In fact, you can place an order for the movie via Amazon right now! And hey, if you’ve got Amazon Prime, the movie will likley arrive at your place before the weekend. That gives you plenty of time to plan a viewing party for your friends. After all, nothing says “I appreciate you” like inviting your friends to watch a film about a disenfranchised loner who serves as a powder keg of anarchy for the city of Gotham! 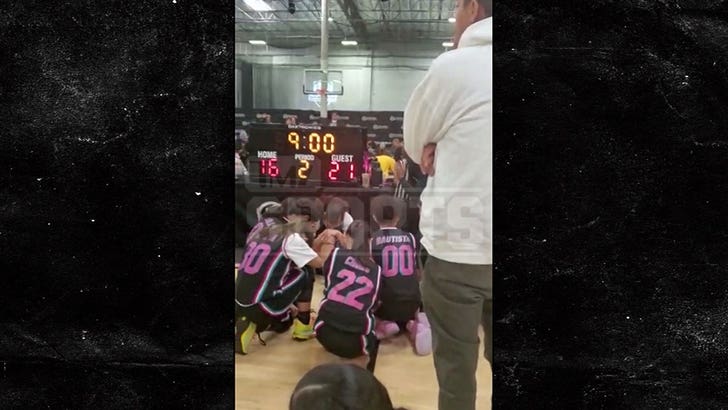 3:01 PM PT -- The players, coaches and families at the Mamba Academy were obviously emotional when they heard the news about Kobe's death ... but came together for a moment of silence and prayer. Play video content TMZSports.com Some...

The world is in shock over the sudden death today of legendary Los Angeles Lakers basketball star, Academy Award winner, and all around icon Kobe Bryant. Earlier Sunday, Bryant and his teenage daughter Gianna Bryant were killed in a helicopter...

Meghan King Edmonds Not Surprised By Tamra Judge’s Exit From RHOC – Says She Knew She’d Been Considering It For A While!

Tamra Judge took everyone by surprise when she announced her Real Housewives of Orange County exit! However, it turns out that there’s someone who expected her departure from the show – Meghan King Edmonds! Apparently, Tamra’s co-star was aware of...

Holy shit and what the f*ck?! Kobe Bryant is dead. This isn't a hoax or a movie. The Lakers legend, as well as his daughter Giana Maria, died as passengers in a helicopter crash this Sunday in the L.A. county suburb of...