MIRROR: Mr. Casteel, you published an impressive series of photos documenting the interiors of US war veteran cars. The special thing about the motifs is that there is total chaos inside the car. How did the "American Interiors" series come about?

MIRROR: When you looked into the cars, did you immediately have the idea of ​​making a photo series out of them?

Casteel: That came later. During my work in the hospital, I made close contact with many veterans and got to know them and their history. Then I got the idea for the photos. I wanted to capture the grief and despair of the veterans. So I started visiting some of them at home and to portray, After a while, however, I realized that the pictures did not reflect what I now knew about the suffering of the veterans. That they were neglected in society and had to deal with severe mental and health problems, homelessness and thoughts of suicide. For a long time I thought about how I could best express this need in my pictures. The solution was right in front of me.

Casteel: Yes, I noticed that veterans' concerns and problems were reflected in many of their vehicles. So I asked if I could take pictures of their cars.

MIRROR: Where exactly is the connection between the war and the veterans' cars?

Casteel: During my time in the hospital I started looking at that Condition of the cars take a closer look. I found that many of the interiors were messy and untidy and I started to think about it and find out more. I was reading a book by the ethnographer Ken MacLeish, who worked very closely with veterans. In it he describes how the consequences of the war often hit people unexpectedly and without preparation. The cars I photographed are a good example of this.

MIRROR: But how are a few beer cans on the back seat or an overfilled ashtray exemplifying what war does to the minds of these men?

Casteel: The neglected interiors are, so to speak, a mirror of the souls of the veterans. I found it interesting that some owners apologized for their cars being so messy. Often these were the ones who were still in a reasonably stable mental state. The owners with the messiest cars, on the other hand, often said nothing at all. Most of them were mentally in very bad condition.

MIRROR: Did you find the interiors exactly as shown in the pictures, or was something staged?

Casteel: The only thing I do with some pictures changed, were personal things that could have revealed the identity of the owner. I removed the relevant items such as postcards or personal documents for the photo. Many veterans wanted to remain anonymous.

MIRROR: What was the relationship between the veterans and their cars?

Casteel: That was very different. Some only used their car to get from one place to another. Others even lived in their cars. For many of the veterans I had contact with, driving was a real ordeal. Many had to load and unload their wheelchairs with a mechanical lift each time, while others had to operate their cars with a hand control because they could not use the pedals due to injuries.

MIRROR: Was there a commonality, a recurring element in the cars?

Casteel: There were some objects that I came across again and again during my research. These were walking sticks, pill bottles, weapons, lots of food and Bibles. Many of the veterans I spoke to were deeply religious and believed in a higher power that would one day bring them peace and relief.

MIRROR: What was the most memorable moment for you?

Casteel: There were many special moments with the veterans during the five-year project. Despite the fact that many of them were very sick, they always showed kindness and gratitude to me for helping them get in and out of the car. I particularly remember a Vietnam veteran who told me about his struggle with alcoholism. A short time later, he relapsed, drank a whole bottle of mouthwash, and had to be taken to the emergency room.

What impressed me most was a veteran who fought in World War II. He parked at the far end of the parking lot and slowly went up the hill with his stick to the front entrance of the hospital. He was in his mid-nineties and limped with one leg. Although I had offered it to him every time, he never wanted to use valet parking. On the contrary, he was still full of drive and determination in the fall of his life and despite the experiences from the war. That impressed me very much.

MIRROR: Let's talk about a couple of pictures. One shows a steering wheel with a 2014 calendar on it. What's it all about?

Casteel: The man who does this automobile drove, was a regular guest and came to the hospital for treatment at least three times a week. Every day that passed he crossed out a day and every month he had a new calendar page on the steering wheel. Although he was always cheerful and polite, he reminded me of a detained prisoner who counted the days until his release.

MIRROR: Another motif shows a syringe and a few pills.

Casteel: They were often lying around in the veteran's cars. Many of them took numerous medications to get well. Others, on the other hand, took drugs to numb themselves, they were basically drug addicts. This picture can therefore be viewed in two ways and shows how close two completely opposite motifs are sometimes apparently close together.

MIRROR: Another photo shows a bitten cheeseburger and a gun in the back seat. Why did you choose that?

Casteel: For me, this picture symbolizes two major problems in the United States – weapons and obesity. The issue of gun control in the United States is complex and gun ownership is a particularly hot topic – even among veterans. Many of them are campaigning for greater restrictions on weapons, but there is a different culture here in the south of the country. Many of the people living here even want to relax the current restrictions.

The second major problem is the obesity of many Americans due to the widespread fast food culture. That's why I found it fascinating and ironic at the same time to find a firearm lying next to a cheeseburger. For me, the picture symbolizes a creeping illness that threatens to wipe out what was once called the American dream. 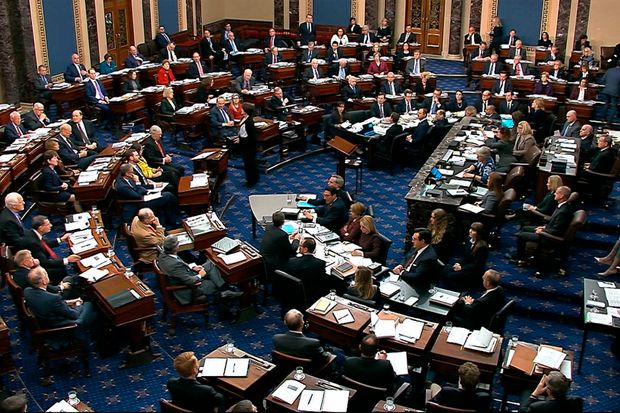 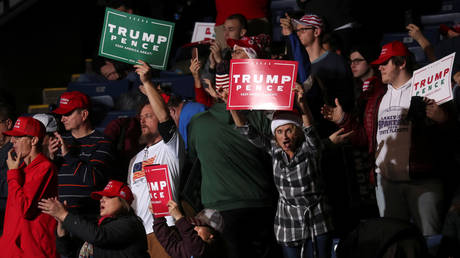