Weather by Jenny Offill: How to cope with climate anxiety in a crisis

Climate anxiety is no stranger to fiction. For decades writers have confronted the future of a warming planet, through speculative dystopias such as JG Ballard’s The Drowned World and Margaret Atwood’s MadAddam trilogy. More recently, John Lanchester’s 2019 novel The Wall depicts a near future in which Britain has erected a barrier around its coastline to keep climate refugees out.

Jenny Offill’s new novel, Weather, adds to the growing subset of fiction concerned with the impact of climate change. Set around 2016, the book is written in first person, in fragments of narration, dialogue, and information.

The form is similar to her 2014 novel, Dept. of Speculation. But where the previous book examines the uncertain future of a marriage, Weather navigates the psychological burden of an impending climate crisis.

Weather focuses on individual lives and in this regard it has similarities to social realist novels such as Barbara Kingsolver’s 2012 novel Flight Behaviour.

The book is narrated by Lizzie, a librarian, who details her preoccupations at work and home with a frankness that is often amusing. There are conversations with and worries about her husband, son and her brother, who is recovering from an unspecified drug addiction.

Lizzie begins supplementing her income by answering emails for Sylvia, a former academic turned environmental futurist, whose popular podcast “Hell and High Water” has turned her into a regular on the speaking circuit.

The podcast listeners are intrigued by the usual environmental and technological catchphrases: the Anthropocene, how to save the bees, surveillance capitalism, the internet of things.

“I swear the hippie letters are a hundred times more boring than the end-timer ones,” Lizzie notes. “They are all about composting toilets and water conservation and electric cars and how to live lightly on the earth while thinking ahead for seven generations.” Later, when Lizzie joins Sylvia on travels, she notes that “people are really sick of being lectured to about the glaciers.”

Here Offill hits upon a perennial challenge for environmentalists and journalists: how does one adequately convey the gravity of the climate crisis without desensitising people on one hand, and overwhelming them with despair on the other?

Lizzie and Sylvia both tilt gradually towards the latter, developing a sense of helplessness about impending climate collapse. There are several mentions of the end of the world. “There’s no hope anymore, only witness,” believes Sylvia.

Lizzie becomes obsessed with doomsday prepping and survival skills, learning how to how to make toothpaste and catch fish with a shirt. She and her husband run through what they would need for building a “doomstead” property.

The book is most powerful in its articulation of ordinary anxieties. “I keep wondering how we might channel all of this dread into action,” Lizzie muses. The fatalism of its characters reads as a myopic retreat, one that privileges the individual over collective survival.

Rather than be spurred into action by gloomy news – “New York City will begin to experience dramatic, life-altering temperatures by 2047” and so on – Lizzie and Sylvia both withdraw from civic engagement at a time when such an action is least productive.

Increasingly, the word “apocalyptic” comes to mind when we think of extreme weather events related to climate change, such as the such as the Australian bushfires or the swarms of locusts that have plagued eastern Africa.

Offill’s Weather makes one consider the inevitable and accelerating encroachment of climate change on the foundations of what we consider normal life. It is a reminder that a time of crisis, when climate emergency threatens to worsen into catastrophe, inaction is a moral failure. 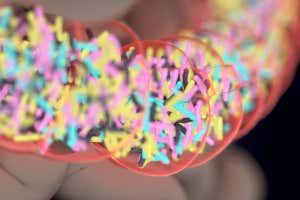 Evidence is mounting that some bowel cancers are caused by bacteria. One microbe seems to trigger a distinct type of mutation in our DNA, which can be seen in up to one in 10 cases of colon cancer. “It’s the...

The Manhattan Project, which took place during World War II, was a U.S. government-run effort to research, build, and then use an atomic bomb. Mobilizing thousands of scientists worldwide and taking place across multiple continents, the project eventually resulted in... 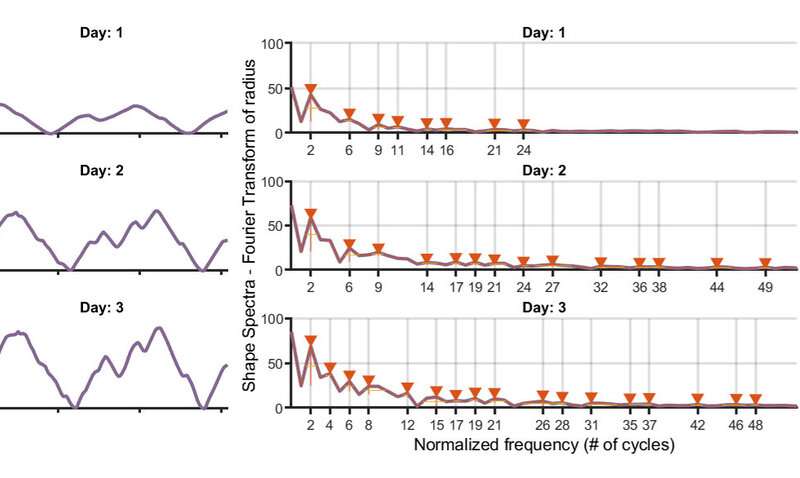 Data sonification: hearing the shape of cells. From left to right. (1) Contour of growing pavement cells at three successive days. (2) Contour represented as radius, the distance from the cell center to the cell periphery. (3) The shape spectra... 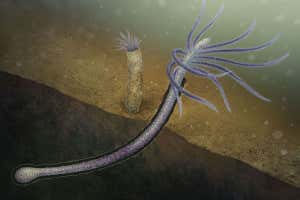 An artist’s reconstruction of the worm-like creature that lost its back legsFranz AnthonyA peculiar worm-like creature from 518 million years ago is the oldest animal known to have lost body parts it no longer needed. Just as modern cave-dwelling organisms...