Why the F-ck Do We Swear During Sex?

You know the feeling: you’re in the middle of a passionate hookup, and your muscles start to tense. Your breathing gets heavy as waves of pleasure pulse throughout your body. As the feeling intensifies, you may start to shake and sweat. The moment just before euphoria hits, you suddenly blurt out “holy f-ck” as you come.

According to Dr. Timothy B. Jay, a psychology professor at the Massachusetts College of Liberal Arts, shouting out profanities during an orgasm is perfectly normal. “It’s an emotional response some people emote sort of involuntarily,” he says. “Around orgasms, people might say things they’re not fully aware of, or it can be a habit that they do when they get excited.”

But why does “f-ck!” come out of our mouths when we f-ck? There isn’t one definitive answer, but experts say there’s a few reasons why.

Many of us learn to swear during sex

“Swearing is mainly the language of emotion,” Jay explains. “A lot of people use it as a way to either get out their own passion, or communicate passion to their partner.”

Unlike inborn expressions like grunting, crying and screaming, swearing is something that we learn to do as we develop, Jay says. If you were raised in a household where curse words were forbidden, you might not have learned to use them to express intense emotions, good or bad. Instead, you might use “holy cow” or “heck.” But if “shit,” “damn” and “f-ck” were words you heard growing up (or heard in movies), they’re likely a part of your lexicon as an adult. So even though cursing when you orgasm feels as natural as a moan, it’s actually a conditioned response.

“Our ability to swear is not innate,” Jay reiterates. “You have to learn how to do it.”

…But biology is at play, too

Before we blame Sex and the City reruns, it’s important to note that both sex and swearing tie into the same part our brains, says Daniel Almeida, a PhD candidate specializing in neuroscience and psychiatry at McGill University. While swearing is something we learn to do, once humans understand curse words, our instinct to drop an f-bomb comes from the same place an orgasm does.

“Research shows that swearing might involve brain structures that are not the same as regular language,” says Almeida. “Swearing is probably in a deeper part our brain known as the limbic system.”

Just like an orgasm, swearing can also make you feel real good. “Swearing enhances our emotions—whatever they might be,” says Dr. Emma Byrne, author of Swearing Is Good for You. According to her research, swearing is an emotional “intensifier” humans use in both negative and positive situations—including sex.

“Swearing gives you an increased heart rate and more adrenaline courses through your nervous system,” she says. “So, if you’re feeling aroused and happy, you are going to intensify that with feeling with swearing.”

Bottom line? Swearing during sex is totes normal, and if you’re into it, you should yell f-ck from the rooftops.

“It Varies Between Having Sex, F-cking & Making Love”: 8 Millennial Women on Their Sex Lives
Cuffing Season Is Here—Have You Gotten Tested for STIs?
The 7 Best Vibrators to Try, If You’re Sorta Shy About Trying One 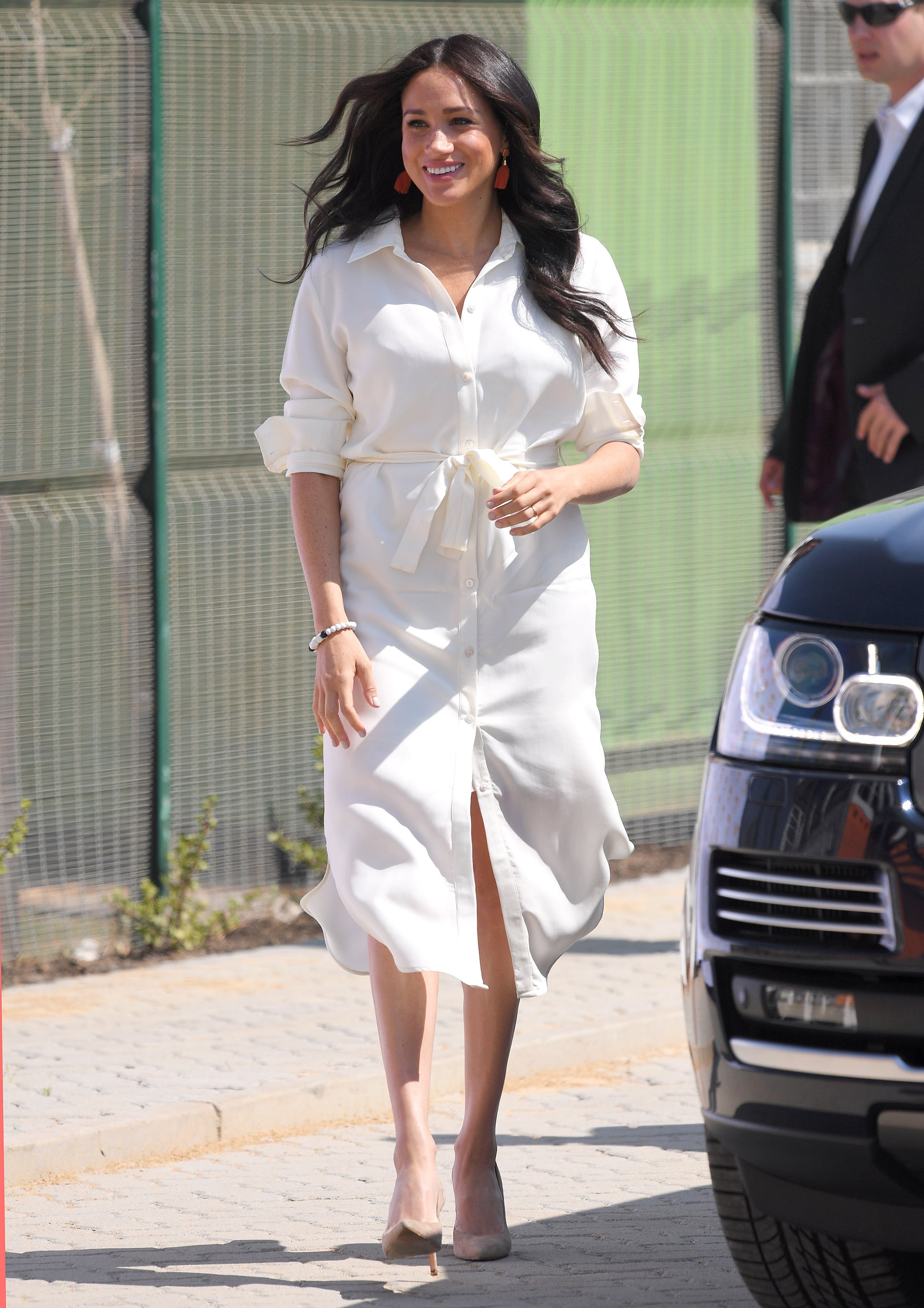 Can we pause for a moment to wax poetic about Meghan Markle? In just a few years the now-Duchess (despite dropping her HRH title) went from starring in a hit TV show to championing human rights across the globe to...

Appearances count for a lot in the world of business so it is important that you know how to look professional yet stylish in the office. This will influence how you are perceived by others but it could also help...

Top Games and Apps to Keep Your Mind Sharp

Many men invest lots of time and effort into keeping their physical condition in shape with visits to the gym, going for runs, or playing sports, but another area of the body that requires some training is your brain. Keeping your... Whether you’re a magic-loving muggle or a skilled witch, something very exciting is coming to London this year – and no Harry Potter fan will want to miss it. A celebration of all things Slytherin is happening from from April...

The Date Who I Had To Hide From

Welcome to 29 Dates, where we explore the weird, wild and sometimes wonderful world of dating — one date at a time. DashDividers_1_500x100 I’d been single for a year at the time, which, according to my then-friends, made me “sad...